Blog: Automotive sector in Slovakia: a blessing, which might (soon) turn to a curse 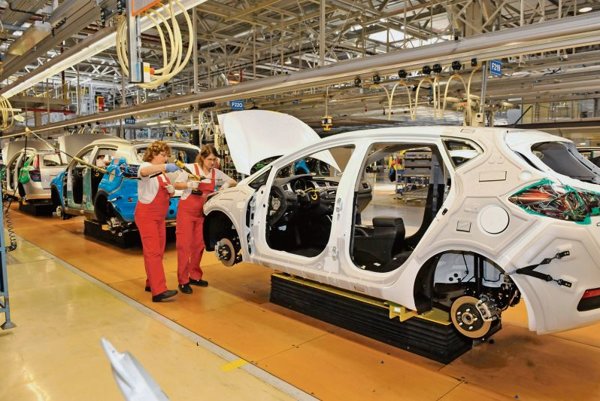 Slovakia is almost for a decade the worldwide No. 1 in car production per capita. Recent figures on 2016 showed, car export exceeded the 20-percent mark on overall Slovak export of goods. Experts warned already years ago, single-sided orientation on automotive brings severe risks to Slovak economy, even though recently the uplift in automotive industry causes new record figures for the branch in the country. Despite all risks, the country continues in attracting further car producers. Jaguar Land Rover should start its production in 2018 with 150,000 cars produced annually, Slovakia also strives for a potential Mitsubishi plant. Besides the “single-sided economy threat” there is a much more recent problem – labour force.

Extreme labour force shortage is the case for last two years in Slovakia. The country lacks already 100,000 skilled workers. And it gets worse day by day. For example another 2,800 people are searched for by Land Rover Jaguar for its upcoming plant. The reasons for labour shortage are clear: estimates speak about 300,000 Slovaks who moved abroad in their search for better life and career chances in last two decades and only a small part of them came back.

The situation has two immediate consequences, out of which none really solves the problem. The first – wages in automotive are rising dramatically. The best example is Volkswagen, the largest car producer in the country. Average wage without counting the management exceeds €1,900 (Slovakia’s average is €980), plus the carmaker paid last two years large annual bonuses. Second consequence is more dramatic. Slovakia is very bureaucratic when it comes to employing foreign, non-EU citizens. The official way to get an official permit lasts six months. But also employing EU-citizens from Romania and Bulgaria is a problem. This derives from the government’s strive to decrease the unemployment rate to the lowest level possible. But in fact, given the regional differences and extremely lack of workforce mobility in Slovakia, the country already reached its bottom, despite the official 8.64 percent unemployment rate is “optically” far from zero. The government attempts to create new jobs, so it can be presented to the voters, but lies behind in measures to solve the problems the companies face. And there seem to be no will to change the state in the near future.

Production companies in Slovakia (not only automotive, but also electronics and others) in their desperate search for labour work with so-called employment agencies who deliver foreign workers for production sites. They made it to use a legislative grey-area to enable mostly Serbs to enter production sites very quickly. They take advantage of more liberal labour law in Hungary, enabling to easily employ foreigners and as employees of a Hungarian company the people are shifted to factories in Slovakia. Of course, the deformations in high salaries distort other sectors, which struggle with outflow of employees towards automotive industry. The vast majority of the missing 100,000 employees are being searched by other producers, not the automotive ones. In my view, low wages of those people in combination with intolerance of local inhabitants towards all foreigners cause an explosive mixture, which might be very disruptive for Slovakia.

Slovakia made it to attract the whole automotive ecosystem since 1991, when the first plant of Volkswagen near Bratislava arose. Besides the three car producers, another 310 subcontractors are located in the country, employing altogether almost 100,000 people. Of course, the biggest among them had been attracted to move to Slovakia together with one of the car producers as their main customers. Examples like Faurecia (PSA), Mobis (Kia) and Delphi (VW) speak for itself. Means, each Tier 1 and the majority of all subcontractors are foreign-owned companies and the Slovak ones deliver mostly products with lower added value.

This poses also a clear danger: already today, countries in the region such as Hungary and Poland have lower wage level and lower taxation and social levy levels, not speaking about eastern Europe countries, such as Ukraine. It is probably only matter of time, when the industry moves to a neighbouring country, taking all subcontractors with them. Stronger R&D capacities in the country would be the prevention against the potential dramatic drop. But, in fact, there are only a few in comparison to the mounting capacities. For example the world leader in seating, Adient, is having 400 people in its R&D facility in Trenčín (western Slovakia).

To sum it up, in my view, strong focus on automotive is of high risk for Slovakia for the time being and might get fatal consequences in the future. The threats are multifold. I am speaking not only about the biggest (and probably most distant) threat in moving the whole industry out of the country in search for lower production costs. The much closer threats are lack of people and raising labour expenses, financial incentives which are terribly needed elsewhere in the economy and future changes in automotive sector (shift in car production e.g. to electric cars, which are much more simple in construction and require less labour for completion and also heavily automation). Not speaking about potential downturn in the sector caused by any of the potential reasons (not only Brexit and US protectionism, but simply because the economic recovery in Europe is very fragile and any downturn has its impact in less car purchases).

Peter Bukov is the chief analyst of TopForex