A satellite is used to monitor the slope above Devínska street in Bratislava. 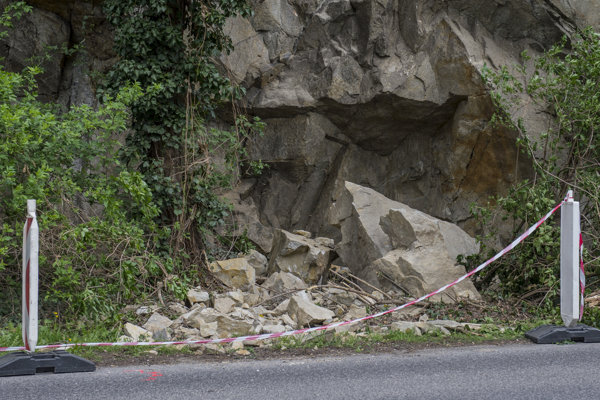 Insar.sk, a spin-off of the Department of Theoretical Geodesy at the Slovak University of Technology in Bratislava, is working on the usage of satellite measurements for monitoring ground deformations in Slovakia.

It also uses the InSAR technology for monitoring the slope above Devínska Street leading from Bratislava city centre to its borough of Devín.

After stones started to fall on this route from the slope, the road was firstly closed and secured by cement barriers. Now only one of two lanes is in operation in order that the falling stones do not endanger drivers. 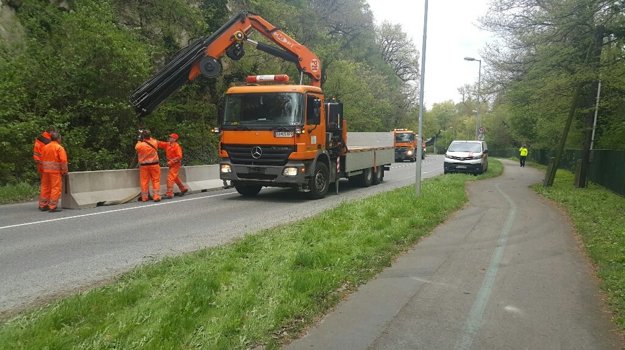 During the previous communist regime the road used to be part of the border with Austria. It was highly protected and its use was limited.

Now it is administered by the city council.

“This is an area, which used to be a border for 50 years,” explained Bratislava Mayor, Ivo Nesrovnal, as cited by the TASR newswire. This means that no money was invested in its repair and maintenance. “This [falling of rocks] is the result of problems that have been neglected in the long term.”

With the help of satellite measurements (picture Nr 1, colour points with the scale in the left upper corner) experts from Insar.sk have found out that a part of Devínska Cesta is declining by three millimetres per year. Between 2011 and 2014 (red dots) there was a decline of almost one centimetre (picture Nr. 2), Matúš Bakoň from insar.sk informed. 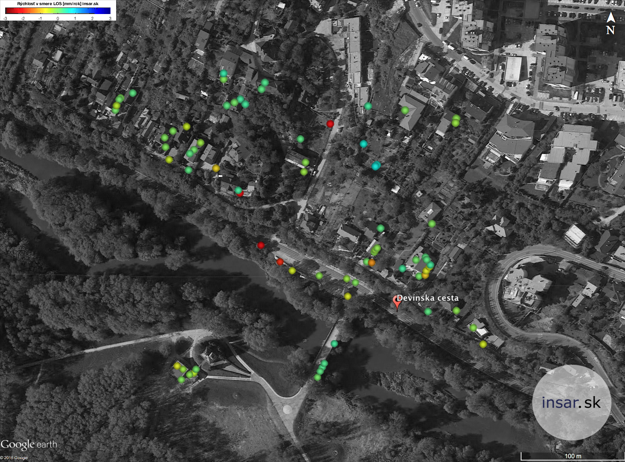 Vertical movement of one stretch of the Devínska Cesta road (red dots) captured by TerraSAR-X satellite. (Source: Courtesy of insar.sk) 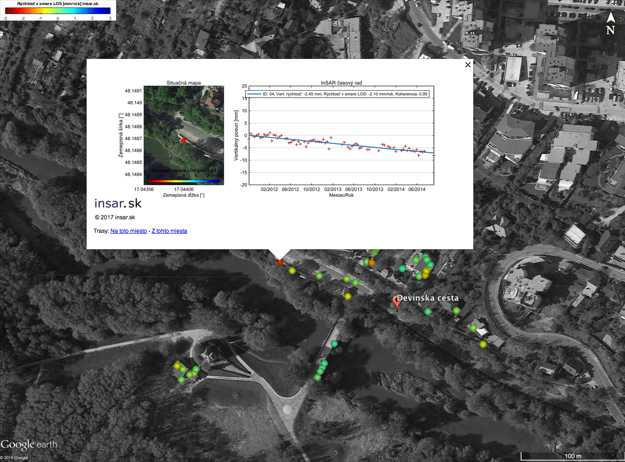 The course of the vertical decline on one of monitored points. (Source: Courtesy of insar.sk)

Experts used data from the TerraSAR-X satellite provided by the German Aerospace Center as part of the LAN2833 scientific project for their calculations.

“Not only on this slope but also in the historical centre of Bratislava, at buildings, highways, bridges and dams and another 500,000 points in Bratislava and other cities of Slovakia we can measure the deformation of structures every 11-16 days, simultaneously on a huge area, without the need to use equipment and manpower, with a high resolution and with a millimetre accuracy,” said Bakoň. “This way we can effectively help to predict extraordinary situations.” 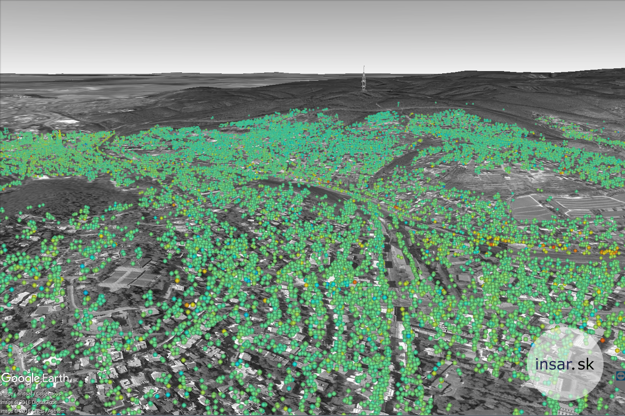 The cloud of points that are result of satellite measurement. (Source: Courtesy pf insar.sk)