Thousands are expected to march against corruption

The protest march is also supported by President Andrej Kiska. 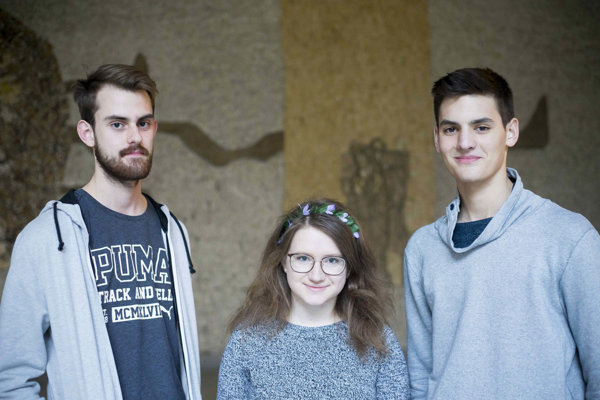 While Prime Minister, Robert Fico, praises the Slovak laws put in place to fight corruption, the 18-year-olds have set out to remind him that corruption cases in Slovakia remain unsolved, not due to legislation loopholes but because of the decisions of specific people, the Sme daily reported.

Secondary school students, Karolína Farská and Dávid Straka, have organised a protest march against corruption which starts in Bratislava on April 18 at 17:00. They are calling for the removal of Interior Minister, Robert Kaliňák (Smer), Police Corps President, Tibor Gašpar and Special Prosecutor, Dušan Kováčik, from their posts.

“They represent symbols of corruption for us,” Straka told Sme, adding that they must immediately leave. 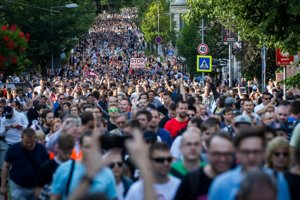 Some 11,000 people have confirmed, via social network, that they will attend the protest march, while another 21,000 are interested in the event.

The march has already been supported by President Andrej Kiska.

“If all of us remain silent, nothing will change here,” Kiska told the Denník N daily. “Thus I call on people to be active, not to be afraid of expressing their opinion if they see something wrong is happening. We all want to live in a decent country and everybody should contribute to this.”

Several personalities have confirmed they will attend the march, including Zuzana Hlávková, who pointed to the dubious competitions concerning the cultural events held during Slovakia’s EU Council Presidency in the second half of 2016 and actor Maroš Kramár who has recently appeared in the film, Kidnapping, which describes the events surrounding the abduction of the son of the former Slovak president Michal Kováč, Sme wrote.

The organisers claim that the march has not been organised with the support of opposition politicians, particularly leader of the Ordinary People and Independent Personalities (OĽaNO-NOVA) Igor Matovič, as it has been hinted at in some blog posts, Denník N reported.