Expected arrival to Slovakia is the end of April. 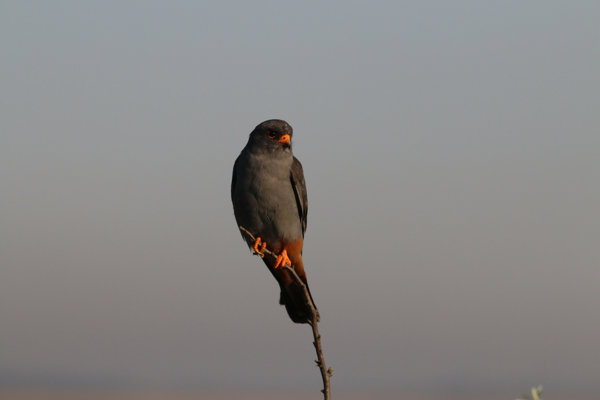 Based on data from satellite transmitters, ornithologists know that migration begun at the end of the March and currently, red-footed falcons are preparing for a difficult flight over the Sahara Desert.

Three red-footed falcons and four Amur falcons have currently active satellite transmitters. They overwintered at the borders of Angola, Zambia, Botswana and Namibia.

“Based on data from the tracking devices, we know that both species overwinter in Africa together,” Roman Slobodník from organization Raptor protection of Slovakia explained, as quoted by the TASR newswire. Within month, raptors have to fly more than 8,000 kilometres.

Thanks to data from satellite transmitters, ornithologists can protect species more effectively.

“If the signal doesn’t change for several days, raptors could be injured and saved in rehabilitation stations. We also know where they overwinter, in case a protective zone needs to be announced near nests,” stated Slobodník, as quoted by the TASR newswire.

During April, millions of birds flew across Slovakia, summed up the ornithologist.