Some nurses earn less than 405 euros

Research showed, that nurses are not satisfied with their salaries. 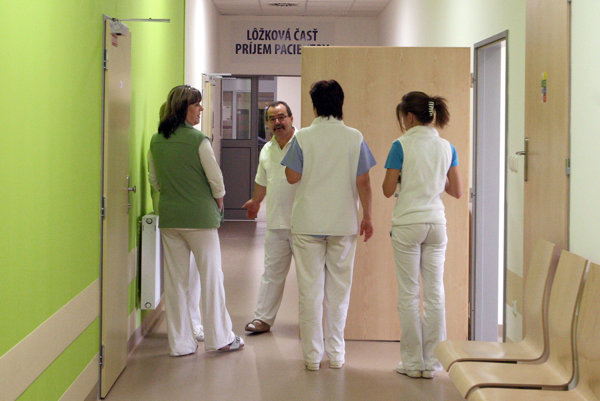 21 percent of nurses have earn monthly earnings from 601 to 700 euros, according to research, made by the Slovak chamber of nurses and midwives, with 2,298 nurses from state and private hospitals participating .

Two percent of those asked earns from 405 to 500 euros monthly and less than 405 euros is earned by one percent of respondents.

“Currently the average salary of nurses in state health care services is almost 1,100 euros,” said the spokesperson of Health Ministry, Zuzana Eliášová, as quoted by the TASR newswire.

Salaries of nurses have grown faster than the average salary in recent years, the Health Ministry stated.

The Health Minister Tomáš Drucker (nominee of Smer) is ready to discuss the salary question, according to Eliášová.

The Ministry reacted by saying that nurses have less work because of health-care assistants who help in hospitals. They praise this step according to feedback from hospitals but nurses agreed that with assistants came chaos, because not every hospital respects the new competences.

Salaries increased at the beginning of 2016 through legislation. Medics are against it, because they asked for a higher guarantee of salaries.

The legislation regulates salaries in more than 20 healthcare professions in state or private hospitals, such as pharmacist, nurse, and hospital attendant. Doctors and institutions such as spas and social services were exceptions.