Night life in Bratislava will not end 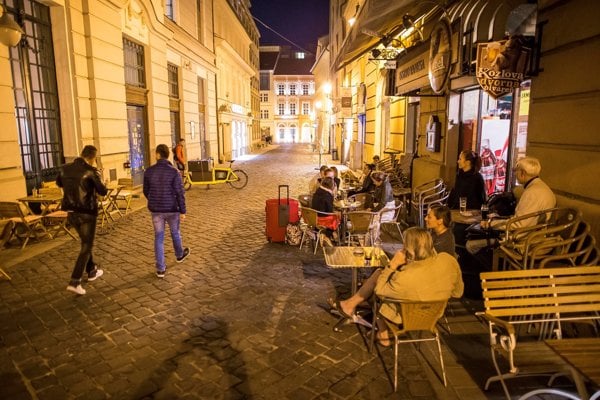 Bars, pubs and restaurants are to have new opening hours. Councillors for the Old Town finally adopted new rules on April 21, after more than a year of discussions. The changes will be valid from May 15. Between now and then, all owners of bars, pubs, restaurants and similar outlets will have to report what kind of services they provide and their opening hours will be based on this information.

The adopted regulation is a compromise between ventures vying for late opening hours and residents of the Old Town complaining about the noise and mess caused by late-night visitors. 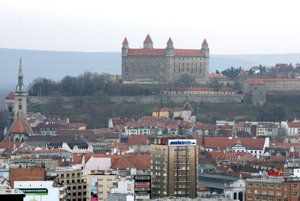 “Nobody is 100 percent satisfied,” said Radoslav Števčík, mayor of the Old Town, for the private TV station Markíza. “The important thing is that we are satisfied as a whole, that the night life in the Old Town is not coming to an end and that there will be no blanket closing hour at 22:00.”

Customers will be able to enjoy their time in bars, pubs and wineries from Sunday until Wednesday from 7:00 until midnight. During the remaining days of the week they will be able to stay open one hour longer – until 1:00 in the morning.

Jozef Gális from the Association of Operators of Cafés is glad that the Old Town council has adopted the new regulation.

“Various ventures have been fined for the last two years and we believe that this was an unjust situation,” Gális told the Sme daily, adding that they do not consider the new rules as ideal. They originally wanted night clubs and discos to be able to open until 4:00 in the morning during working days.

Karol Hederling, living in the Old Town, is not satisfied either.

“The Old Town will not remove the culture of alcoholism and vandalism,” Hederling said as cited by Sme.

A novelty resulting from the new regulation is that those ventures violating the ordered opening hours will be published in a table of shame.

Protection of the public order

The conflict around the opening hours of pubs, restaurants and other such ventures in the city centre arose due to the violation of the silent hours which residents of this borough complained about. Thus councillors for the Old Town also adopted a resolution on the protection of public order on April 21. This will supplement the first regulation about opening hours and should protect the Old Town residents from noise and mess from neighbouring businesses.