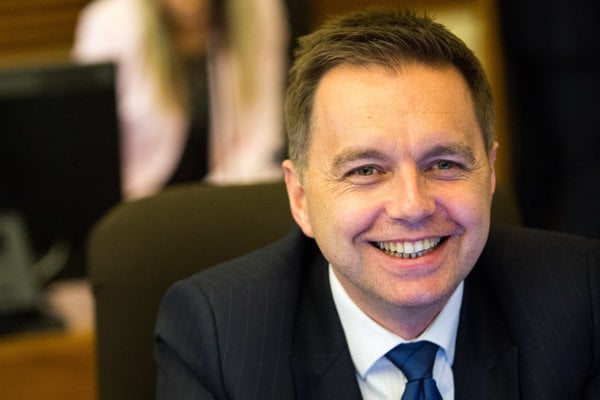 The Finance Ministry responded that in 2016 Slovakia consolidated its public finances faster than planned and that this happened thanks to the positive economic development, increasing effectiveness of tax collection and positive fiscal performance of self-governments.

“Today, we are rewriting history,” said Finance Minister Peter Kažimír. “The achieved results beat the lowest-ever deficit in Slovakia’s history from 2007. At the same time, we have been managing to reduce the ratio of the government debt to GDP.”

The general government deficit decreased to the average of the EU member countries, Katarína Muchová, analyst with Slovenská Sporiteľňa, wrote in her memo. In the eurozone this deficit is even lower – at 1.5 percent of GDP.

Muchová sees weaker drawing of EU funds as well as increasing tax revenues behind the better then projected deficit of Slovakia.

“The deficit beat our expectations of 2.2 percent of GDP,” Muchová wrote in her memo, adding that in general Slovakia’s tax revenues increased during the last few years while public administration expenditures decreased in 2016.

Muchová pointed out that out of 28 EU member countries, as many as 12 countries achieved either a government surplus or a government balance. Only four countries had deficit higher than 3 percent of GDP.

Within the Visegrad Group, Slovakia placed second as the Czech Republic ended first with a surplus of 0.6 percent of GDP for 2016.

The Finance Ministry has also confirmed its plan to further consolidate public funds, while the projection of this year’s deficit of 1.29 percent of GDP remains in place.