This summer, the USA military convoy will drive through Slovakia en route to NATO exercises. 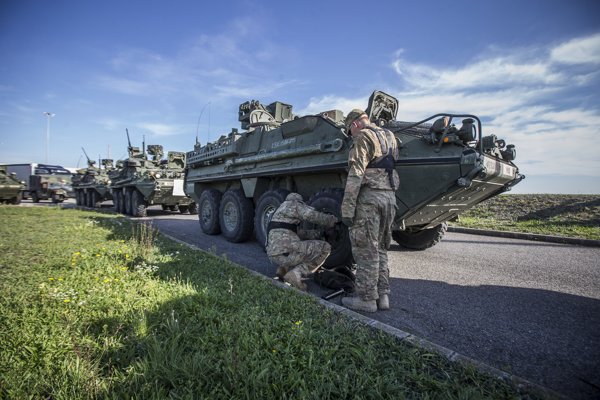 American military equipment will be passing through Slovakia in June and August, as USA military personnel will be heading to one of this year's largest NATO exercises, Saber Guardian 2017. It will take place in Hungary, Romania and Bulgaria between July 8-22, the TASR newswire informed.

The USA convoy will consist of several hundred vehicles and soldiers.

"Several hundred pieces of fighting equipment of different types will be driving through the territory of the Slovak Republic, including members of the United States Army," said Defence Minister Peter Gajdoš (a Slovak National Party/SNS nominee) as cited by TASR. He specified that tanks, armoured personnel carriers and other wheeled machines will form part of the convoy.

The Americans will be moving from Germany and will pass through the Czech Republic and Slovakia to reach Hungary, Romania and Bulgaria. The convoy will be divided into several smaller units, consisting of between 20-40 vehicles. The exact routes and dates of transfer will be specified by the Defence Ministry later. 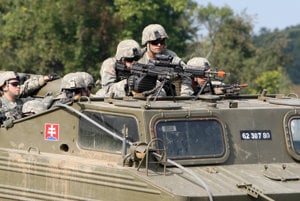 "The transfers will be organised by the military police in cooperation with the Slovak Police Corps and all necessary organisational measures will be taken so that the transfers are smooth," said the minister as quoted by TASR, adding that Slovakia is ready to provide the Americans with logistical support, including refuelling, accommodation and catering.

The last time the US military convoy passed through Slovakia was in September 2015 to attend the 'Brave Warrior' military exercise in Hungary.