Its first session is planned for the autumn. 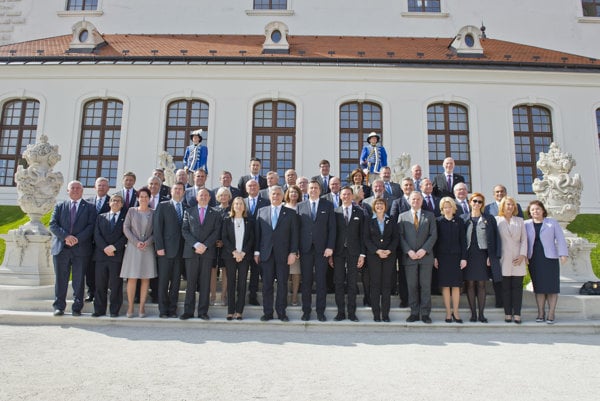 The summit of the EU national parliaments in Bratislava sent out a signal that Europe will fight against terrorism together, European Parliament President Antonio Tajani said at the event, commenting on the setting up of the Joint Parliamentary Scrutiny Group (JPSG) for Europol. Representatives of EU parliaments reached such an agreement at their meeting in the Slovak capital on April 24.

Stating that Europe is living in difficult times, including Brexit, security threats, migration, and the unemployment of mainly the young as the chief causes of concern, Tajani said that people expect solutions from EU bodies. Nonetheless, people tend to believe that the EU is not able to react flexibly enough to their concerns.

“This pours oil on the flames of populism,” said Tajani, adding that populists are attempting to create the appearance of a discrepancy between the European project and national interests. “The EU has done a lot for its people, but these results from the past aren’t enough for securing a future for the European project as well.”

EU national parliaments will create the JPSG to monitor Europol activities, with each member state obliged to nominate up to four members. Regardless of the number of members, each country will be entitled to one vote in the JPSG.

The European Parliament will be represented by 16 members in the JPSG, which is slated to be called into session twice a year - once in Brussels and once in a presiding country. The first session has already been scheduled for the autumn of 2017, with the Slovak Parliament authorised to choose representatives on behalf of Slovakia.

Speaker of Slovak Parliament Andrej Danko indicated that it would be a good idea to give the parliamentary defence and security committee the final say over nominations for Slovak representatives.

After the conclusion of the summit, Danko confirmed that parliamentary democracy has come under pressure in the EU and faces dangers in several countries.

“Cooperation within the EU is rooted in values,” said Danko. “The Union has always served as a shining example of decency, tolerance and respect for human rights. I’ve learnt that every national parliament faces problems posed by populist forces, which want to attack the system in which both states and the EU as a whole operate. Therefore, we reflected on what we are doing wrong and discussed how to bring politics and policies closer to people in a way that will restore public trust in the EU.”