Ladislav Bašternák, known as a crony of several top Smer politicians and charged with not paying taxes and levies, filed a complaint concerning the decision of the investigator. 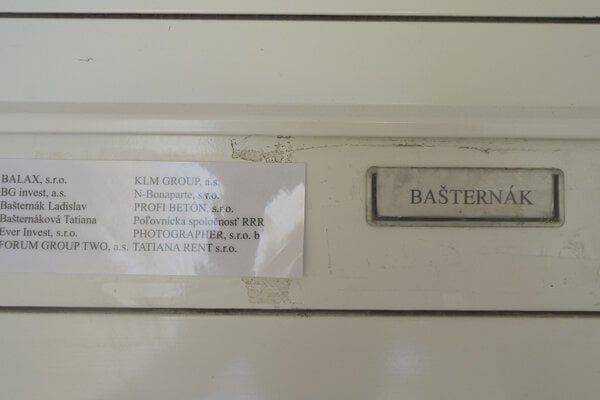 The Special Prosecutor’s Office is still dealing with Bašternák’s case and the businessman has now filed a complaint against the decision of the National Criminal Agency (NAKA) investigator, the webnoviny.sk website wrote on April 25.

The NAKA investigator charged Bašternák on March 17, accusing him, as the statutory representative of the BL-202 company, of groundlessly claiming a VAT return amounting to €1,974,954.

Bašternák’s company wanted the VAT to be returned after he purchased seven flats worth more than €11.84 million for a mere €1.45 million in the Five Star Residence complex. The firm therefore allegedly received a tax advantage and unjustifiably claimed the repayment of excessive VAT to the tune of €1,732,287.

Police recorded that originally, the flats were bought by the Rent and Wash s.r.o. company, on March 8, 2012, for one euro; the purchase contract states these were unfurnished and unequipped flats. The purchase price also included a loan from the purchasing company to the original owner, Viliam G., of €1.2 million in 2011.

Rent and Wash s.r.o. then concluded a purchase contract on March 19, 2012 with the BL-202 company, for almost 12 million euros. According to the police, the claim that Bašternák upgraded and then sold the flats as luxury properties, does not hold water, as he would have had only 11 days to renovate them.

BL-202 sold one of the flats, unfurnished, on May 4 for €170,000, according to the National Unit of the Financial Police. The company used the six remaining flats to repay the loan to Patrik Ziman, for the final price of €1.2 million , based on the agreement for settling liability. Ziman sold two of the six flats in August 2012 to an ordinary customer for €395,000, and the remaining four, on September 19, for €200,000.

Police started investigating the excessive VAT return in April 2016 when the investigator launched the criminal prosecution. He ruled on the charge based on the statements of several witnesses and documents from the tax office. Police also made searches of several houses and other spaces of the headquarters of the companies involved, as well as Bašternák's own flat, webnoviny.sk wrote.

So far, Ladislav Bašternák has still not been charged by the police in the second case, although a criminal prosecution for tax and levy reduction, concerning the construction of the Bratislava housing development Bonaparte, was launched in October 2016. The criminal complaint in this case was filed in May 2016 by the SaS MP Jozef Rajtár, who claims that the investor, the Real Forum Invest company, may have benefited from illegal skulduggery with the excessive VAT return. One of the statutory representatives of the company at that time was Bašternák.

Prime Minister Robert Fico also rents a flat in the Bonaparte complex but opposition politicians claim he is paying an advantageous rent and this can be considered a form of corruption. Fico promised that he would move out of the flat if Bašternák is charged, as his staying there would then become unacceptable. Fico also said – in March – that he is searching for a "final housing solution” and he has several localities in mind.