Police turn down complaint against Uber

Taxi drivers plan a protest drive in Bratislava on April 26.

The police have dismissed a criminal complaint submitted against the company, Uber Slovakia. 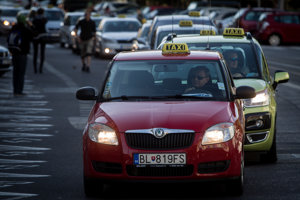 The police officer charged to deal with the motion that concerned the unauthorised business, turned the complaint down on April 20, 2016. The decision became valid on May 20, 2016, said Michal Šúrek, spokesperson for the regional prosecutor’s office in Bratislava, as reported by TASR.

Taxi services have already been successful in a similar dispute in the Czech Republic. The media informed this month that Uber will stop its business in the town of Brno, following the ruling issued by the local court in favour of the Lido Taxi company and the city of Brno.

The dissatisfied taxi drivers are ready to protest in Bratislava against unauthorised drivers on April 26, TASR reported.