Trenčín to be the city of fashion, again

The tradition of the biggest Slovak fashion fair is reviving. 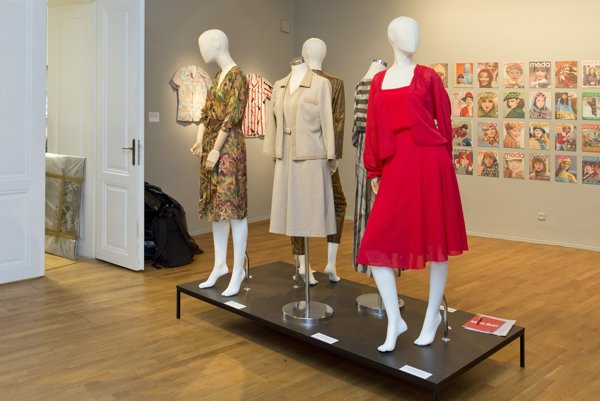 In 1939, Jan Nehera from the Czech town of Prostejov sewed the first clothes in his workshop in Trenčín, on the street that today bears the name Palackeho. He was hardly aware that he was laying the groundwork for the city to be dubbed the city of fashion in the future. With the revival of the local fashion fair this year, Trenčín will once again aspire for that label.

Trenčín Mesto Mody, which means Trenčín the City of Fashion, one of the best-known fairs in the former Czechoslovakia, is returning this September, after a break since 2008.

Furthermore, it is due to the fashion fair that Trenčín got its name, the city of fashion. The history of the fair dates back to 1963 when it was organised under the name Exhibition of Trenčín, featuring products of the textile and clothing industry. At that time, only two companies put their products on display at the fair, the Merina Trenčín and the Odevné Závody Trenčín (Trenčín Clothing Plant). They followed in the footsteps of Nehera’s company which thrived during the war. In 1940, Nehera bought estates “Za mostami” (Behind the Bridges) on the right bank of Váh where he built production halls and started producing clothes with the help of about 200 employees. The factory was the predecessor of the state-run clothing giant Odeva, which emerged in 1948.

After 1963, the popularity of the Trenčín fashion fair gradually grew, as did the numbers of visitors and exhibitors. It had survived the regime change, but in 2008 it shut down due to low interest among exhibitors, as well as visitors.

“Big companies fall apart into to small ones, they produce less or have disappeared from the market. That’s why they don’t want to exhibit,” said Emil Dobiáš, the then-managing director of EXPO exhibition ground for Pravda in 2008. Yet he did not exclude the possibility of restoring the exhibition in the future.

The idea of reviving the fair came from Jana Jankovičová, the current director of the fair who is from Trenčín and has been connected with the fair since early childhood.

“When I was a schoolgirl, I looked forward to seeing what beautiful products were being made in Slovakia, and if we were lucky enough the next year the shop assistant might keep those things under the counter for us,” Jankovičová recalls. She later worked at the fair as a model and in 1994 started directing a model agency, organising fashion shows.

Yet the efforts to revive the fair are not merely about nostalgia or bringing back the forgotten fame of the fair. The new hunger of Slovaks for locally produced goods is what motivates Jankovičová as well. People want to go back to their traditions, she says.

“After years when the price determined about purchasing a product, and our trade was filled with not-always-quality products from Asia, people started to pay attention to the credibility of the brand and prefer home producers,” opines Jankovičová who will renew the fair with Daniela Lelkes, the main coordinator.

“In Slovakia and the Czech Republic there are many quality young companies, hand-made producers and fashion designers who deserve decent platform where they can represent their products to customers at least once a year,” said Lelkes.

A lure for exhibitors is also the fact that in today’s impersonal online shopping, direct contact between producer and customer is missing, organisers believe.

“Producers can show their uniqueness, present their products and spread new fashion trends, but also learn about their competition and find new business contacts,” Jankovičová enumerated the benefits.

Trenčín, the city of fashion, also remembers the Golden Fatima award which would be granted to fashion designers or talents in the fashion industry.

“Slovaks perceived the Golden Fatima as the Oscar, it was so prestigious,” Lelkes says.

This year the Golden Fatima will be granted again in several categories: the best product of the year, the hand-made producer of the year and the best clothing company of the year.

“We want to give space to young people so we invite students of high schools from Slovakia and the Czech Republic. A new generation of fashion creators will have a chance to shine,” said Jankovičová.

Organisers are also preparing an additional programme to the fair, featuring fashion shows, a wedding exhibition, workshops and concerts. Emphasis will also be placed on exhibitions of historical folk costumes from different Slovak regions. The exhibition will be connected with a presentation of folk crafts and lectures about fashion history.

“We trust we will start the tradition of the fair anew,” summed up Jankovičová.