The business sector claims that such a step would lead to speculation and slow the growth of wages. 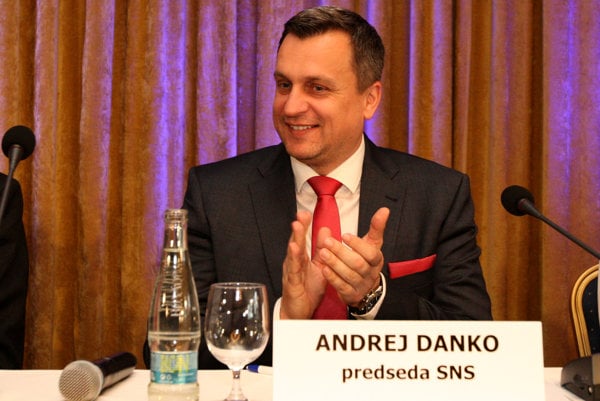 Part of the ruling coalition, the Slovak National Party (SNS) wants to oblige companies in Slovakia to pay out a 13th salary to their employees. They see this as a way of enabling employees to enjoy the country's sound economic growth, but economic analysts perceive the idea as a populist one.

The business sector insists that stimulus such as the 13th salary should remain voluntary or it would lose its motivating effect. They also believe that although more than 70 percent of companies in Slovakia pay out some sort of a 13th salary, making this obligatory would result in speculation and hinder the growth of wages.

SNS chair Andrej Danko unveiled the idea at the party’s congress in Sliač on April 8 saying that he wants to see Slovak citizens approaching their western counterparts in terms of salaries and benefits, as he does not see any meaning in the country’s membership of the EU without this.

“Today SNS adopted a vision of a strong social-market economy where both employees and employers would be satisfied,” said Danko as cited by the TASR newswire. “The constitution declares that we have a social-market economy, and SNS is speaking about strengthening the social pillar.”

Danko proposed that the 13th salary, i.e., usually the equivalent of one month's salary and paid in December around Christmas and also referred to as a Christmas bonus, could be exempt from income and payroll taxes. He would like to see the compulsory 13th salary for all employees working for a company for at least one year introduced during the current electoral term.

“I’m fully aware of the reaction of entrepreneurs,” said Danko. “That’s why this motivational part is there, even featuring the possibility of absolute tax exemption.”

Prime Minister Robert Fico has described the idea of the 13th salary as “inspiring” while the third coalition party, Most-Híd would instead prefer a systemic solution in the form of a reduction in the compulsory sick leave insurance, for example.

The American Chamber of Commerce in the Slovak Republic considers this kind of proposal as a non- systemic measure. Members of the AmCham Employment and Social Affairs Committee believe such a proposal, if adopted, will create additional burden on doing business and, at the end of the day, it may not help the employees as intended.

It believes that the level of salary shall be subject to an agreement between the employer and its employee. 13th, and even 14th, salary is already used by many of our members as a motivational tool, if economic situation of the company allows such pay, and is very often part of collective labor agreements.

"We don't see any rational to change this by a law," wrote the chamber in its response.

13th salary yes, but not compulsory

The Business Alliance of Slovakia (PAS) conducted a survey among businesses to find out whether they pay out the 13th salary, and how they perceive the SNS’ proposal.

“The motivation for payment of the 13th salary is especially good economic results of companies,” said Peter Kremský, executive director of PAS, adding that more than one third of companies pay the 13th salaries only when they perform well. “Another large group of companies rewards employees with the aim to motivate them to work better; eventually it seeks to draw new workers.”

“Another, very similar group of employers would speculate,” said Kremský, adding that they would try to maximise the portion of monthly salaries going into the 13th salary to save on income and payroll taxes. “But this can be easily prevented by capping the 13th salary at the average monthly wage.”

Exemption of the 13th salary from income and payroll taxes would inspire almost 5 percent of the respondents to pay it to their employees. Roughly 12 percent would not introduce it even afterwards.

More than half of the surveyed companies opined that making the 13th salary compulsory would harm the Slovak economy and see it as a populist proposal.

“They especially complain about the loss of flexibility when rewarding their employees – they would no longer be able to appraise more quality work or exceptional results when all employees would obligatorily receive the 13th salary,” said Kremský.

“Exactly making them exempt from income and payroll taxes would be the best motivation for their payment and it would contribute to reduction of the financial burden on companies’ wage costs,” said Kremský. “This may improve their possibilities for rewarding employees and improve their competitiveness in central Europe.

On the other hand, Radovan Ďurana, an economic analyst with the think tank INESS, believes that freeing the 13th salary from income and payroll taxes would only partially ease the impacts of this proposal.

“It would help companies that already pay out the 13th salary but simultaneously put companies competing for labour at a disadvantage,” said Ďurana as cited by the Sme daily.

When introducing the idea of the compulsory 13th salary, Danko cited Spain as a country where it is compulsory.

“It’s normal to receive a 13th or 13th salary in Austria or Portugal,” said Danko as cited by TASR. “This means that it’s an integrated part of salaries regularly paid to employees in June and December after they have carried out all their duties.”

Ďurana responded that in Spain this measure deepened the crisis in the labour market and that this crisis has persisted until today.

“The wage package cannot be blown up by a decision made by the government or parliament,” said Ďurana as cited by the Sme daily. “The fact that some countries use it does not mean that it is a wanted measure.”

In several countries, the payment of the 13th or the 14th salaries is not mandatory in general, but based on collective agreements with local trade unions.

“Usually, it is part of collective bargaining between the social partners,” Markus Halt, the spokesperson of the Slovak-German Chamber of Commerce and Industry (SNOPK), told The Slovak Spectator. “For this reason, the majority of employees in Germany receive a 13th salary. Nevertheless, its amount does not represent a complete monthly salary.”

Furthermore, in the case of about 50 percent of those employees getting the bonus, it is less than €1,000, while the national monthly wage in Germany is approximately €2,700.

The chamber perceives this proposal as a financial burden for the Slovak economy when, based on the findings of the platy.sk website dedicated to remuneration in Slovakia, only 17 percent of employees received a 13th salary in 2016.

“Companies already granting a 13th salary would benefit from the financial relief as they would not have to pay payroll taxes on it any longer,” said Halt. “Companies not paying out a 13th salary so far, however, would be burdened by rising labour costs.”

In general, SNOPK does not support any state intervention in wage bargaining.

“SNOPK considers this measure an interference in the freedom of wage bargaining,” said Halt. “It is the task of the social partners to negotiate the amount and coverage of salaries respectively, this may also happen between employer and employee individually.”