A police raid in his office on April 27 was followed by official charges of extremism. 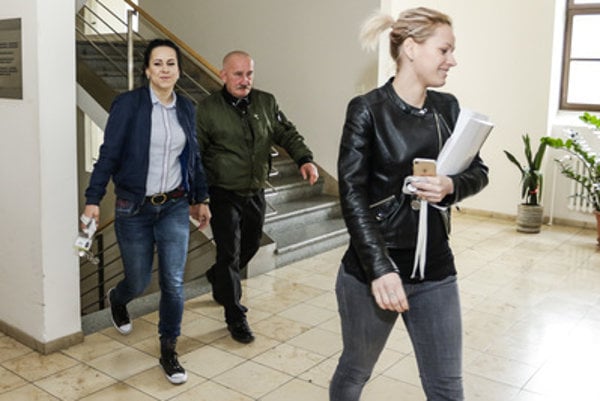 When MP of the Kotleba-ĽSNS party Stanislav Mizík commented on the list of personalities awarded by Slovak President Andrej Kiska on a social network on January 10, he commented on their Jewish origin, among other things. Mizík also wrote that Kiska was insane or willingly degraded the Slovak awards. He also commented negatively on the award for Michal Kaščák, who is the organiser of the “pervert” festival Pohoda. Daniela Šilanová, he wrote, is a fanatic of gispy habits.

Now, Mizík has been charged with extremist crimes, police informed on their social network, specifying that he is charged with the misdemeanour of producing extremist materials along with defamation of nation, race, and belief.

Also, the police informed that there was a raid in his office on April 27, while adding that more information would follow. As Mizík has his office in the parliamentary building, two police cars stood in the premises of the Bratislava Castle on that day, the SITA newswire wrote. The ĽSNS MP entered the complex but fled, avoiding journalists.

Both the Speaker of Parliament Andrej Danko and Justice Minister Lucia Žitňanská slammed Mizík’s public comments. “Not everyone has to agree with the awards and laureates, but screening them based on their origin, as the MP of Kotleba’s party did on the internet, is far beyond the limits we can accept as a society,” Žitňanská said, as quoted by SITA.

Mizík has also problems in connection with his statements in parliament for which he was already fined €1,000.