U.S.Steel: Judges disclosed ruling before its was issued

The Košice-based steelworks complain that judges who issued the right of lien on their premises are biased. 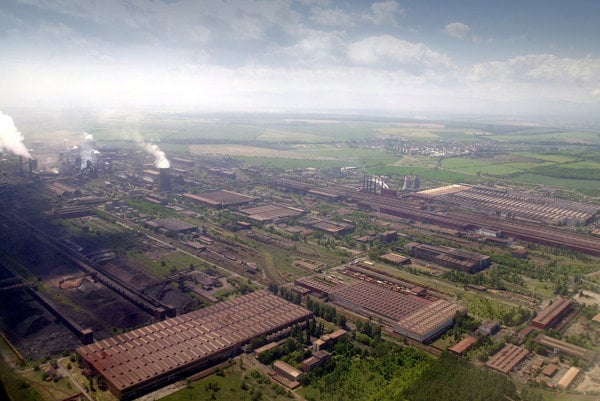 USSK, the Košice-based steelworks, claims that the information about the court ruling ordering a right of lien on its premises leaked from the court before it was officially published.

The courts have placed restrictions on the sale of USSK's property shortly before the factory is expected to change hands in a forthcoming deal with the Chinese owned Hesteel Group.

The Košice Regional Court issued a right of lien in relation to two thirds of the land owned by U.S. Steel Košice (USSK) in favour of an American shell company, Adams & Co. The Sme daily broke the news earlier in April.

Read also: Problems for U.S. Steel Košice going into sale. A shell company is making a grab for its premises Read more

The steelmaker's lawyers now claim that information about the issue of the right of lien leaked from the court before the senate issued its ruling. They wrote in their complaint that three judges of the senate, Vladimír Hríb, Janka Kočišová, and Slávka Maruščáková, who issued the ruling, were biased. The company alleges that the judges were the ones to leak the information, the Sme daily wrote on April 28.

"The information about the ruling before its actual issue can only have come from the judges," USSK wrote as quoted by the daily, adding that Slovak law does not allow court rulings to be leaked in advance.

"It is absolutely unacceptable, nobody must know in advance how a court is going to decide," lawyer Andrej Leontiev of the Taylor-Wessing law firm told Sme.

Neither USSK nor its attorney, Roman Kvasnica, commented on the case. The company has lodged an appeal against the right of lien with the Supreme Court.