Spa towns near borders will be connected with cycle route

Some significant spa towns on the Slovak-Polish border will be connected with a 230 kilometre long cycle route. 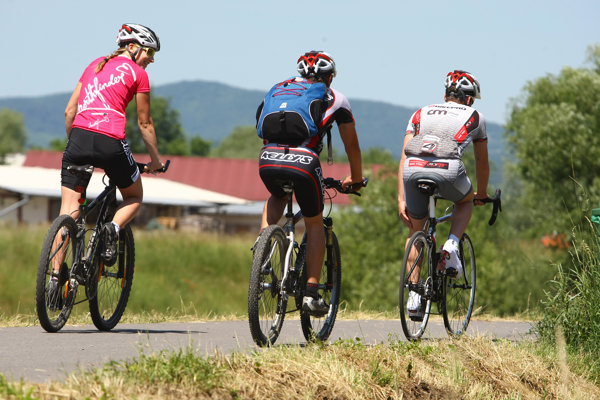 The centre of the future cycle route will be the Polish town of Muszyna, which will be connected via the cycling route with Slovak Vyšné Ružbachy and Ľubovnianske spa through to Polish Krynica to Slovak Bardejov and nearby Bardejov spa.

“The route is unique because of the surrounding nature and views. The whole route will be marked by boards which will point out the most interesting places and localities worth seeing,“ said Ján Novotný from the Municipal office of Bardejov for the TASR newswire.

The cycle route will partly lead through existing routes and partly through newly built ones. It should be finished by 2019.

Surrounding Bardejov is about 28 kilometres of pathways. Part of a 1.2 kilometer route along a frequented road between Mokroluh and Mníchovský potok will be new.

“Bardejov is well-known because of its history, cultural and natural heritage. The town offers many possibilities for tourists,” said mayor of the town, Boris Hanuščák, for TASR.