Drivers should prepare for major road works on the D1 highway 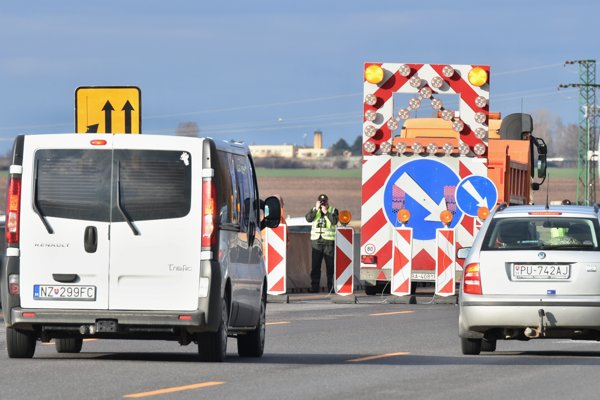 The National Highway Company (NDS) will close a section of the cross-country, D1 highway near to the construction site of the Blatné crossroad (near the exit to Senec) during the upcoming weekend.

The reason being the installation of bridge beams above the highway, the TASR newswire reported.

The right lane of the stretch, from Blatné to Voderady (about 14 kilometres) and the left lane in the opposite direction from Trnava to Blatné (about 20 kilometres) will be completely closed.

The bypass routes will lead through two first-class roads, parallel roads in Trnava, and the R1 express dual-carriageway.

“We will start closing the highway on Saturday [April 29] morning and we will gradually start opening it on Sunday [April 30] afternoon,” said NDS spokesperson Michaela Michalová, as quoted by TASR.

In case of bad weather the NDS will postpone the construction works for one week, i.e. to the weekend of May 6-7.