The labour minister promised to work towards enacting policies that would prevent so-called social dumping or the use of foreign workers as cheap labour. 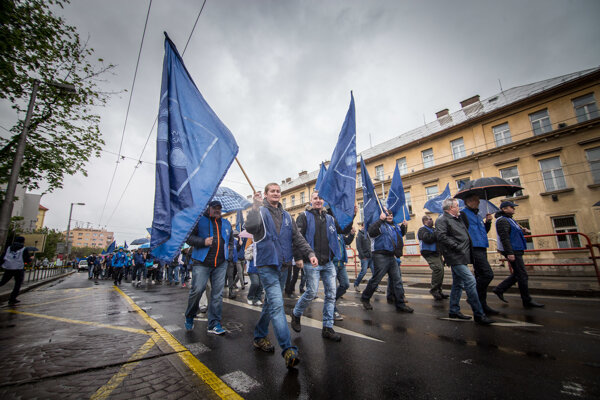 Approximately 300 people gathered in front of the Labour Ministry on April 28 to decry “the easing of conditions concerning the hiring of foreign workers”.

The organisers of the protest, the trade unions association OZ KOVO, said that the workforce in Slovakia continues to be sufficient, and if businesses insist on hiring foreign workers, all employees should be on the same footing.

“It’s outrageous that unscrupulous individuals should import workers so that they can pay them lower salaries while having them work 12 or even more hours a day,” said Emil Machyna, chair of OZ KOVO, as quoted by the TASR newswire. “This is a disgrace that we cannot support. We want workers, be they from Slovakia, Hungary or Romania, to enjoy the same conditions.”

Moreover, OZ KOVO wants Slovaks working abroad to benefit from the same conditions as locals, while the Slovak Labour Code should be amended in order to make conditions and salaries identical for all workers.

Employers have slammed trade unions for their efforts to increase the minimum wage to €492 per month and that they have been demanding looser conditions vis-à-vis the hiring of foreign workers, said Jozef Kollár, chair of the Confederation of Trade Unions Associations (KOZ), who also showed up at the protest.

“There are 170,000 jobseekers at job centres, half of them with a secondary school education, and they’re still out of work,” Kollár said, as quoted by TASR. “Why should we open up our borders? But we realise what employers want. It’s a cheap labour force, and we’ve gathered here to stop that from happening.” 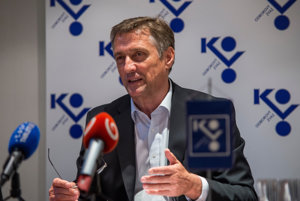 OZ KOVO’s representatives later met with Labour Minister Ján Richter (Smer), who also spoke to the crowd. He reiterated his opposition to importing workers and stressed the need to regulate the hiring of non-EU citizens.

Richter promised to work towards enacting policies that would prevent so-called social dumping or the use of foreign workers as cheap labour.

“All representatives of employers have spoken out against social dumping infiltrating Slovakia,” Richter said, as quoted by TASR. “The question is how to ensure that the bill is worded appropriately and that it is enacted in the body of laws.”

The EU’s directive on cross-border staff postings must not be exploited in order to hire foreign workers, the minister stressed. To this end, meetings with stakeholders in countries such as Romania and Serbia are needed at the outset.

“I’m convinced that as soon as we find a platform for communication, all countries and employees will benefit,” Richter added, as quoted by TASR. “We’re committed to ensuring that whoever comes to work in Slovakia will benefit from the same conditions as Slovak workers.”