At the canonical age of 75, Mario Giordana ends his mission as apostolic nuncio. He will be replaced by Giacomo Giudo Ottonello. 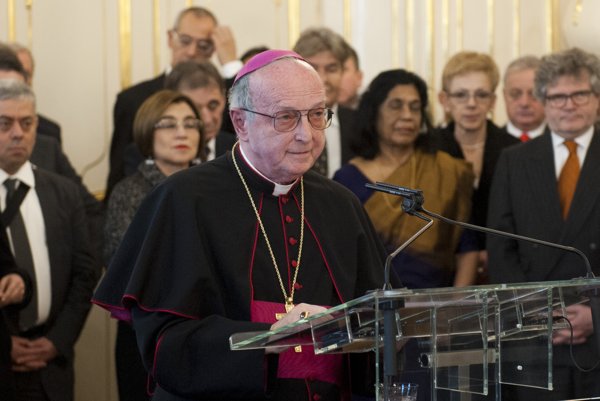 On May 2, the papal nuncio took his leave of the Slovak bishops and believers, the SITA newswire wrote, serving a holy mass of thanks at the pilgrimage site of Marianka (Mariatal in German) near Bratislava. His term in Slovakia – since June 2008 – was his last. Giordana represented the pope in this country for nine years but his career with the Holy See has lasted for 40.

He is expected to leave Slovakia over the course of several days, after saying goodbye to foreign diplomats on mission in the Slovak Republic.

In his speech, the nuncio said that Slovakia is a country rich in history and faith.

"I found a blooming church in Slovakia," he said, as quoted by SITA. "Here, the church is alive and faithful and can look to the future with trust." Giordana considers that the Slovak Church is also alive in the sense of both spiritual and material aid.

"It is a church faithful to Jesus and the Gospel," he added.

"It is faithful to the Holy Father – which is not a common and self-evident phenomenon." Giordana concluded that such faithfulness is the fruit of martyrdom from the times of communism and called on the Slovak Church to continue to stay faithful to the Pope.

In the name of the Slovak bishops, the chairman of the Conference of Bishops of Slovakia, Stanislav Zvolenský, thanked the outgoing nuncio.

Giacomo Guido Ottonello, titular Archbishop of Sasabe, was the apostolic nuncio in Ecuador. In the upcoming weeks, he should take up the nunciature in Slovakia, as appointed by Pope Francis I on April 1. Ottonello, born in Italy, joined the Holy See diplomatic service in March 1980, working for the papal representation in Pakistan, Salvador, Lebanon, France, Spain and Poland. He was appointed to Panama in 1999 and Ecuador in 2005. He speaks French, Spanish and English, according to SITA.