The Agents of Equality project receive an international award for social innovations SozialMarie. 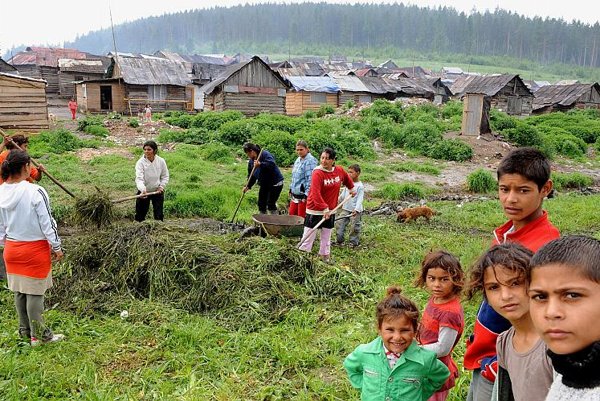 The project employing ordinary Roma women from settlements as agents who actively improve their status in the community, as well as the status of their communities in society, has received international acclaim.

The Agents of Equality, created by civic association OZ SPOLU-Slovensko, was granted the international prize for social innovations, SozialMarie 2017, the TASR newswire reported.

The organization helps Roma women living in settlements by choosing leaders among them, teaching them and helping them organise and take responsibility for their lives and the lives of their closest ones, also securing social inclusion. The project uses the methods and tools of social aid, community development and personal development, Bobák added.

The project has helped women become active in various activities, including sports and cultural events, a pilgrimage to Levoča, educational courses and creative workshops, according to Bobák.

A separate chapter of the project is working with children in ensembles Čhonoro and Khamoro in Hájik and Levočské Lúky (Prešov Region). They were created in August 2016 by transforming unofficial kindergartens, as well as various afterschool activities with children. Trained Roma female volunteers work as instructors of education, TASR reported.

The SozialMarie prizes are awarded by the Austrian Foundation Unruhe Privatstiftung. Besides 15 main categories there is also an audience award granted by the public that picks a project on the internet. This year's winner is Slovakia with its project of Roma gardeners Romano Barardo, run by the civic association OZ Svatobor in the Vranov nad Topľou district (Prešov Region).

The most significant success of Slovakia in the history of prizes thus far was second place for the project of homeless people working as baggage carriers, created by the civic association Proti Prúdu in 2015, TASR reported.