Where Fico ends and Orbán begins

Fico did not get the idea to monitor NGOs from his Hungarian counterpart. But if he proceeds this way, he will turn into Orbán. 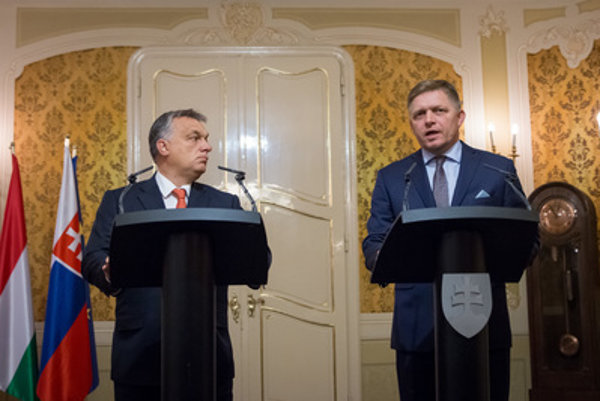 The prime minister does not like NGOs, we know that much. It was obviously not Viktor Orbán who convinced him to come up with the idea to publish the financing of NGOs. Smer has been repeatedly calling for some ostentatious transparency of the third sector.

For instance, when Deputy PM Peter Pellegrini utters in a discussion that a complaint came from a watchdog with a certain IT company in the background, the audience will be able to add the political links alone. 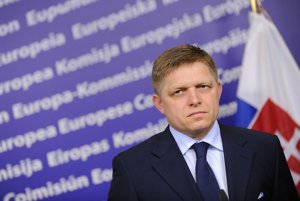 Or when the prime minister noted that a certain anti-corruption organisation could - again through that IT company - support Andrej Kiska’s campaign. And we have already heard MP Dušan Jarjabek announce that there was political pressure behind the anti-corruption march.

Smer does not need to go to Orbán for advice, they already share the same view of what politics is. They deny the third sector and the media, or individuals - their own head. They always look for a central brain, the mover.

Moreover, they seek to confront themselves with it using a simple formulation - we have won the election, so we have the mandate to make politics here. Everyone else is doing it unauthorised, or with an interest to replace us.

If the civil society pushes for transparency - publishing contracts, order in tenders, a clearly stated final beneficiary - they want to push as well. But it should also be said that financing of NGOs can easily be looked up with a couple of clicks. If there are concerns about security, there are the respective bodies to deal with that.

It is true that funding from Visegrad, the EU, or Norway, is not the same as the usually much less exposed sources from the eastern neighbour with a moveable border. But the prime minister is unlikely trying to warn us about the threat of propaganda and undermining of the EU; he has had chances to do so before.

The issue of NGOs is, obviously, a juicy one for analysts. Yes, emerging NGOs can be perceived as part of yet another wave of 'turbomodernisation', like the few that this region has already seen and absorbed before.

Yet criticising the time of transformation in this way may be interesting and useful for the self-awareness of the region. We can ask if it was not the modernisation expectations of the western countries that pushed the conservative and nationalist agenda to the margins as an unintended effect. And then the eastern power came to pick it up, dust it, and embrace it.

But this is a discussion that media, academia, and the public should lead and not let the ruling party politicise it. Because that brings a threat that it will embrace this issue as a tool to foster its power: We will rid you of the pest, we will sink the flagships of foreign interests, we will strengthen unity.

This whole Orbánisation leads to transferring the media into state hands - we also see those efforts here in Slovakia - and to weakening the critical power of the civil society.

So beware about where the classical Fico ends and where the piquant Orbán begins.