Restoration of the palace will continue with revitalisation of the courtyard and reconstruction of rooms. 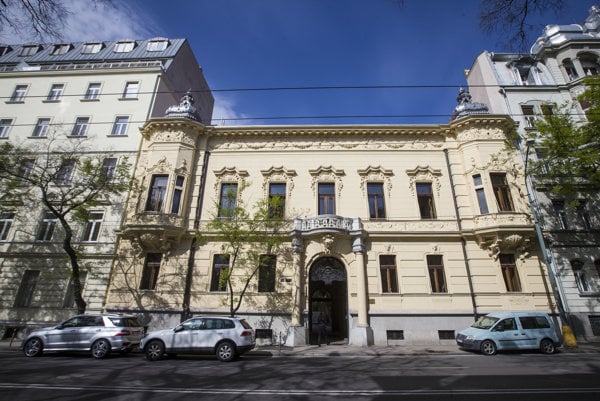 The Pisztory palace, built by a pharmacist in the late 19th century close to the current Presidential palace, is getting a fresh revamp. Bratislava’s borough of Old Town has just completed the first phase of its thorough reconstruction. In two years the palace got a new roof, plaster on its facades and a heating boiler, while its original doors and wooden windows were also restored.

“We want the Pisztory palace to turn into a full-fledged, viable cultural and social centre not only for residents of the Old Town but for the visitors of Bratislava,” Old Town Mayor Radoslav Števčík said on April 24 on the occasion of completion of the so-far reconstruction works.

The so-far completed works cost more than €666,000. Most of this sum was covered from the EEA and Norway Grants, known as Norwegian funds in Slovakia. These involve funds from Norway, Iceland and Liechtenstein. The Norwegian funds and a small contribution from Slovakia’s state budget comprised 85 percent of funding. The Old Town contributed the rest, almost €100,000.

Norwegian Ambassador Inge Magistat expressed pleasure that the Pisztory palace was restored thanks in part to Norwegian funds.

“With support from the EEA and Norway grants the Pisztory Palace in Bratislava has been restored, and new life and activity is now breathed into the Palace,” said Ambassador Magistad.

Restoration of this palace is one of 20 important cultural heritage projects in Slovakia co-financed from the Norwegian funds.

The Old Town now wants to continue with the restoration of the palace.

Out of the original features craftsmen preserved the metal forged gates, staircases and balustrades, crystal lustres, mosaic terrazzo floors, rich stucco decorations in the rooms and gilded frescoes on the ceilings. Yet, the interior is still in need of restoration.

Števčík estimates the costs for restoration of rooms, lobbies, the hall and staircases at between €1 million and €2 million.

The Old City council has already addressed the Conservation and Restoration Department at the Academy of Fine Art and Design in Bratislava as well as the Construction Faculty of the Slovak Technical University in Bratislava; both of which promised to participate.

The project for revitalisation of the courtyard is already prepared. Within it the Old Town wants to revitalise the garden which is, due to nearby construction, much smaller than it used to be. But the palace also needs to dehumidify its cellars.

Estimates of costs for revitalisation of the courtyard are around €300,000. The Old Town does not have such an amount in its coffers for such a purpose and thus it may again apply for Norwegian funds. But Števčík does not exclude any other sources of financing like grants or the Culture Ministry. 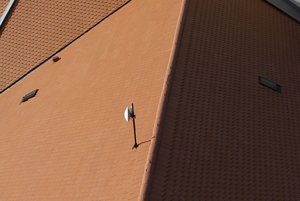 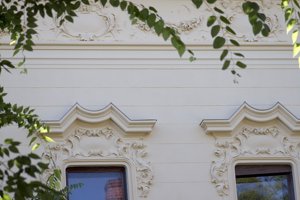 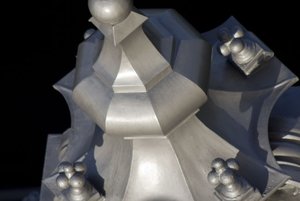 History of the palace

Only few buildings in Bratislava show how knotty the history of Slovakia is.

It was Felix Pisztory, a pharmacist of Jewish origin, who built the palace in the eclectic style in the 1890s at a city boulevard that was just being built at that time.

Aside from this place, Pisztory also owned the historical house with the Red Crayfish Pharmacy, which now houses a museum of pharmacy, in the Old Town.

Part of the palace’s premises was a garden stretching up to what is today the Slavín monument. Pisztory grew herbs there for his medicaments.

Pisztory, however, did not live long enough to see the palace completed, as he died in 1891. Afterwards, the palace belonged to his widow Ida Pisztoryová, based on findings of historian Štefan Holčík. What happened with the palace after her death is not clear as the pair did not have any children. But during the Second World War it was the seat of the embassy of Nazi Germany. It was exactly at this place that decisions were made about transports of Slovak Jews, or the way to suppress the Slovak National Uprising.

After the war the palace was nationalised and fell under state ownership. Then the Museum of Vladimir Ilyich Lenin was launched in 1952. In recent times, a slightly larger-than-life statue recalled this part of the history of the palace.

The building became a protected national cultural monument in 1963.

After the Velvet Revolution and the fall of the totalitarian communist regime in 1989, the museum lost justification for its existence and part of the premises was used by the House of Foreign Slovaks. This organisation was the last tenant in the palace for numerous years. Afterwards, the building stood vacant for 12 years and in disrepair, as the Old City did not have the money for its reconstruction.

New life of the palace

The situation changed in 2012 when civic activists from the non-governmental organisation Via Cultura launched by actress and politician Magda Vášáryová decided to return life to this historical edifice.

They removed 15 large containers of garbage from the palace, wild greenery from the courtyard and have planted herbs to mark the original owner.

In the underground floor of the right wing, there is a cinema from the 1950s, Kino Film Europe. It was launched in 2013 and focuses on award winning European films.

The ground floor and the upper floor of the right wing serve for holding various festivals, concerts, exhibitions, receptions and banquets. These are also suitable for weddings ceremonies.