Cyril is the fourth Eurasian lynx to help to repopulate its species in Germany. 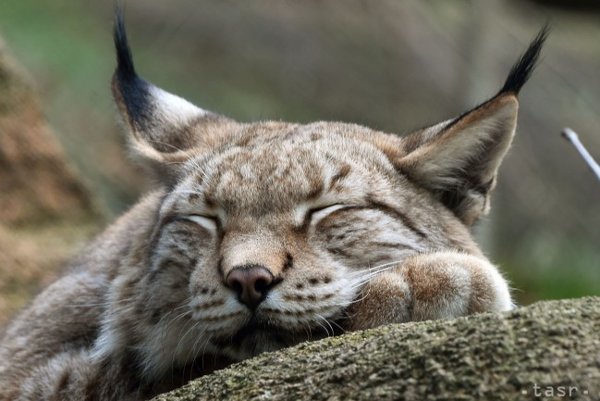 The biggest forested area in Germany became the new home for a Eurasian lynx from Muránska planina. Environmentalists from Zoo Bojnice released Cyril the lynx in the Palatinate forest. It’s the fourth lynx from the Slovak wilds to be released in this area.

“When saving animal populations that have almost disappeared from a large part of Europe, international cooperation is very important. Lynxes from Slovakia are helping to repopulate this predator in Germany,” said Rastislav Rybanič, the head of the Environment Protection, Biodiversity and Landscape Department of the Environment Ministry, as quoted by the TASR newswire.

He added that Slovak lynxes released in Germany in 1970s settled down, but a small gene pool was a problem..

The project of saving the lynx in Germany is organized under the supervision of experts for saving felines from IUCN (International Union for Conservation the Nature), and finances are funded from the European programme LIFE.

Cyril spent 40 days in a quarantine station of ZOO Bojnice before transport because of necessary examination. As Zoo Bojnice informed, Cyril was caught in Muránska planina.

“After that, he joined three lynxes from Slovakia and another three from Switzerland,” stated Zoo Bojnice in an announcement, quoted by TASR.

The Eurasian lynx is one of the biggest felines in Europe. It can be found in several isolated areas of central and north-eastern Europe and in small area of northern Asia. Today, it is rare and endangered in some areas.

According to the official report for the European commission, 300 to 400 individuals live in Slovakia and belong to the animals protected year round..

Thank you for singing up. Shortly an email will be sent to the address you provided to verify your e-mail.
Error! Please try to register again later, your e-mail was not registered.
Your email is not in a correct format.
Please confirm you are not a robot.
Share on Facebook (221)