Graduates of the Faculty of Mass Media Communication at the University of Ss Cyril and Methodius in Trnava have returned the award from the school due to editor-in-chief of the conspiracy magazine Zem a Vek being asked to participate. 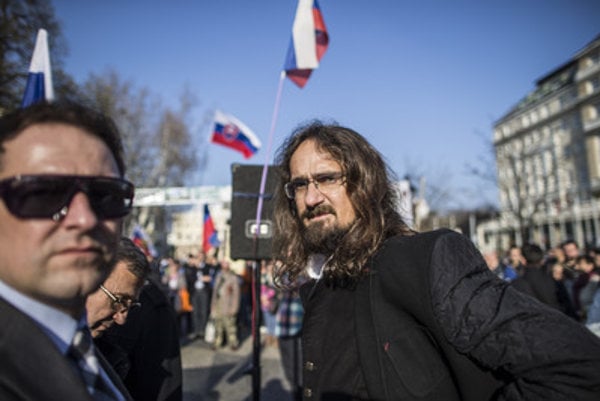 Rostas gave a speech at the university annual international conference, Megatrends and Media – held on April 25 and 26 in nearby Smolenice, the Sme daily wrote.

The ex-students Veronika Pizano, Jakub Ptačin and Radovan Andrej Grežo decided to return the Pomegranate of Marián Matyáš award, which they received for spreading the good reputation of the school because they believe that the arguments of the school are misleading. The school had argued earlier that it sees no problem in Rostas’ participation. The students agree that Rostas, too, has the right to freedom of speech but insist that a man who despises facts has no place at a scientific conference.

“Unfortunately, the events of past weeks surrounding the participation of “the conspirator” Rostas, discouraged our pride in the Faculty of Mass Media Communication at the University of Ss. Cyril and Methodius (FMK UCM),” they write in their letter. “A scientific conference should respect science – and this means people who honour facts. Rostas is a human being who constantly proves that facts, science and truth mean nothing to him.” The graduates also write in the letter addressed to the Dean of the Faculty, Dana Petranová, that her reactions – and those of her colleagues and subordinates – during the debate at the conference showed arrogance and contempt for the more than 2000 graduates who have been spreading the good name of the school.

They want to donate the sum of €1,250 – that was part of the award – to blogger Ján Benčík and activist Juraj Smatana to support their fight against disinformation, the daily wrote on May 3.