The events in the mining town of Kremnica on May 3 were reminiscent of a western movie: the armed robbery of a local bank ended with the suspect being shot in the leg by town police. 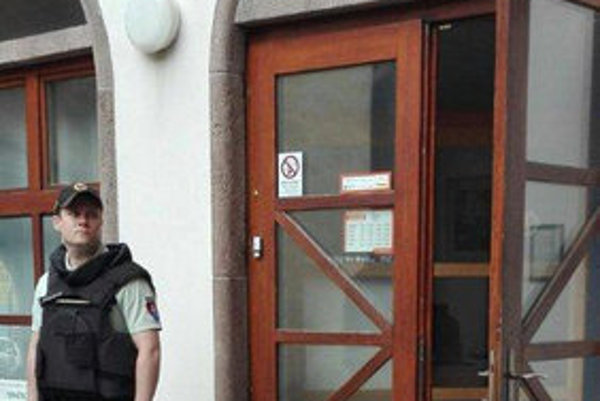 The attempt of a man, identified as Jaroslav from Ružomberok, aged 44, to rob a VÚB bank on the morning of May 3, ended with a shoot-out outside the bank's Kremnica branch, spokesperson of the Police Corps in Banská Bystrica, Petra Kováčiková, informed the TASR newswire.

An armed man entered the bank, asking for money. “He ran out of the bank where the town police patrol used guns to constrain and calm him down,” Kováčiková said.

Jaroslav, shot in the leg, was brought to the hospital in Žiar nad Hronom. “The seized gun and other items were sent for examination and a prosecution for robbery and illegal possession of firearms has been opened,” the spokesperson added.

Head of the Kremnica Town police, Roman Brhlík, said that they had learned about the situation from a phone call. “The town police patrol who were in the town centre at that time took bullet-proof vests, and waited for the perpetrator at a gate, as they did not wish to enter bank premises for fear they may put some innocent people in danger,” he explained.

When the robber saw the town police officers, he changed the direction of his escape and headed for Štefánikovo Sqaure. “All of a sudden, he took his gun and started waving it at the patrol,” Brhlík said for TASR, adding that after he did not react to police calls to put down the gun, they used their ordnance guns, shot the man in the leg, pacified and disarmed him.