Focus Israel and renowned Norwegian playwright Jon Fosse is giving a masterclass on the creation of dramatic text at the festival/competition offering the mélange of the best and most recent stagings around Slovakia this year. 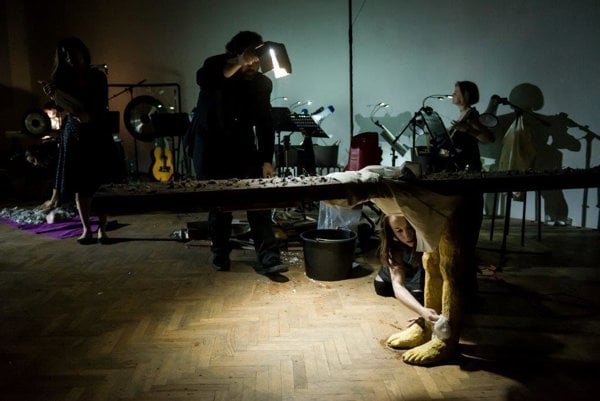 “There has been a rise in Slovak drama and also in new dramatic forms in the 13 years of the festival,” head of both New Drama and the organising Theatre Institute, Vladislava Fekete, said at a press conference. “And the festival is the cherry on a cake and the umbrella under which all our events and projects of the institute are concentrated and condensed – and presented to all those who are interested in new trends.”

New Drama (Nová Dráma) is unique among Slovak theatre events, in that it presents the selection of pieces premiered in the past year in domestic theatres, with English subtitles, plus one focus on a foreign country and its theatre production, with a foreign patron as a guest. Part of the event is a competition of young playwrights, a threatrology conference – this time exploring the immersive theatre – a photo-exhibition, and more.

After a year, the core performances return to the City Theatre of P. O. Hviezdoslav in downtown Bratislava, but the pieces will be staged between May 9 and 13 also in other venues – the Slovak National Theatre, Arena theatre, A4-Space of Contemporary Culture, the courtyard of the Culture Ministry, and even in two clubs: the Nu Spirit Club, and a former nuclear bunker, the Subculture's Music Club (aka Sub-club). 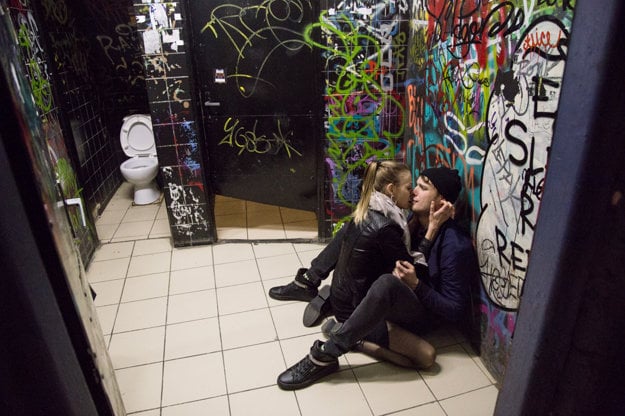 Apart from the variety of venues there is also variety of theatres presented, from classical “brick-and-mortar” ones like SND, Arena, the Martin, Nitra, Prešov and Žilina ones, to independent ones like the Honey and Dust grouping, Peter Mankovecký Theatre or the performance by Tomáš Procházka & Co., representing the immersive theatre.

The last performance is also the issue of the international expert conference called Contemporary Drama and Performative Space: From Playwriting to Immersive Theatre. The International Association of Theatre Critics’ (IATC/AICT) conference on May 11 and 12 presents guests like Jaroslaw Fret and Joanna Klass of Poland, Benny Lim of Hong-Kong or Manabu Noda of Japan.

The pieces representing contemporary drama tell us a lot about the state of society and the world in general, Fekete said, adding that again, the themes present in New Drama touch on the sore points and issues of Slovakia and its society, posing questions and phrasing the problems but sometimes also suggesting ideas for improvement. Theatre-makers are mediator and bridges between art and society, the head of the festival stressed. Once again, the issues in recent dramas are open, painful and pressing, outlining the world and pointing to the reality we live in, she summed up.

What is on offer

It’s not all gloom and doom, however. Pieces to be staged at the festival are also entertaining, funny and attractive for audiences, member of the dramaturgy board, Martina Ulmanová, specified. 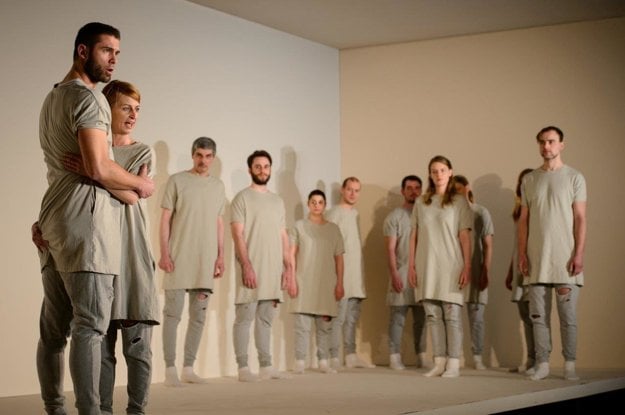 The themes elaborated and expressed by the nine participating stagings are also manifold, according to Ulmanová: from a documentary-style portrait of Soviet women during World War II (War’s Unwomanly Face, according to the book by Nobel laureate Svetlana Alexievich); through to more contemporary issues like Michel Houellebecq’s Submission; a Greek-tragedy-turned-contemporary – Roland Schimmelpfenig’s Idomeneus; worries and anxieties of the 21st century in Peter Lomnický’s Fear; Michalea Zakuťanská’s The Day When Gott Died exploring the fine line between adolescence and adulthood; the problems adults have in the current world – in the cult play by Falk Richter God Is a DJ; a parody of the heroes in initiation novels, Dobro, by Laco Kerata; a modern, participative version of Chekhov’s The Seagull, Men.Lions.Eagles.Quails. /Scenes from Artistic Life according to A.P.C.; and a performance hard to be defined: Beauty and Filth (The Irreplaceability of the Unnameable), “movement on the edge between an installation, performance and installed concert”, according to the authors. 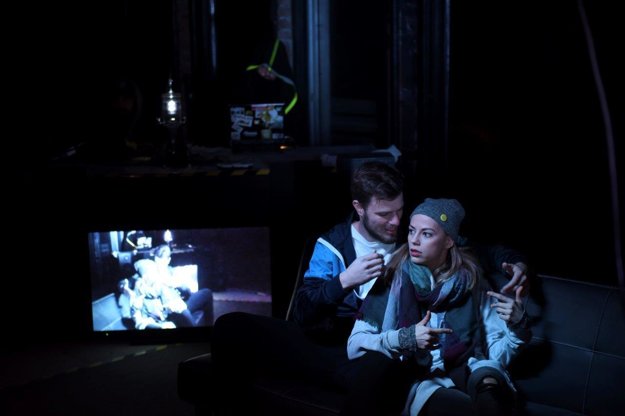 The international jury (with jurors from Slovakia, Romania and Canada) will choose a winner from among the contesting dramas

The play Admission by Motti Lerner, dealing with the coexistence of Palestinians and Jews, takes place in Haifa in 1988 and draws from real life (from the occupation of Tantura by Israeli units in May 1948). The story of a family shows the conditions that led to reviving a long-suppressed trauma. The piece initially could not be staged in Israel, and so its world premiere was in 2014 at the J Theatre in Washington, D.C. The preparations for performance at a big Israeli theatre were halted by the new government that formed in spring 2015. Ultimately, the Jaffa Theatre in Tel Aviv decided to stage it and thus, The Admission had its Israeli premiere in September 2016. It will have both English and Slovak subtitles in Bratislava. 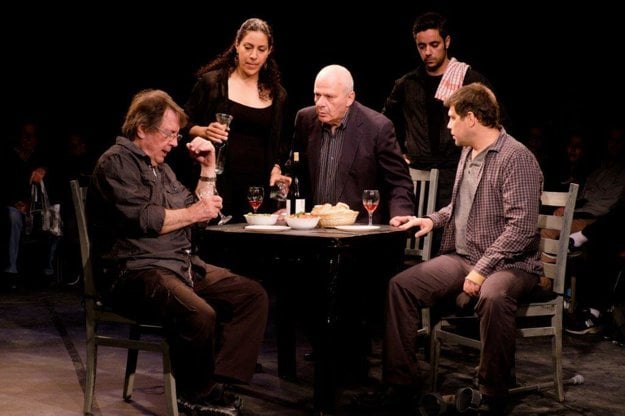 Apart from it, the Israeli scene will also be introduced to Slovakia by a lecture of theatre theoretician Olga Levitan and by an anthology of Israeli Drama (in Slovak) which will be launched into life during the festival, in the presence of two of the three authors, Joshua Sobol and Savyon Liebrecht.

All the pieces performed in the five days of the festival have English subtitles, and the accompanying events are either organised in English, or translated. More updated information can be found – also in English – at the festival website.