The Government Proxy for Roma Communities requires restriction on the sale of toluene. 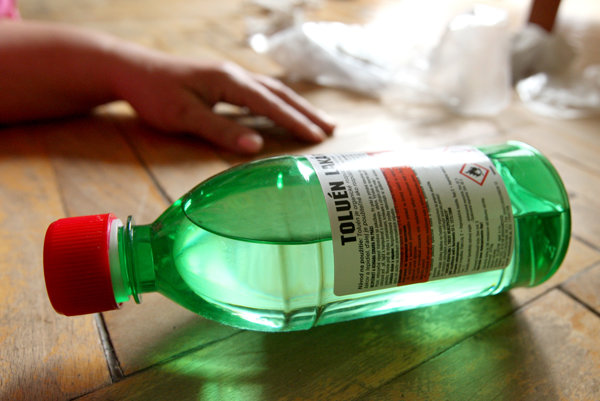 The Government Proxy for Roma Communities Ábel Ravasz (Most-Hid) is pointing to an increase in the use of toluene, a so-called drug for the poor, among the Roma community.

Based on a motion from Fiľakovo (Banská Bystrica Region) mayor Attila Agócs, Ravasz's office wants to limit the public's access to this chemical. The issue is so serious that Ravasz is even speaking about the toluene epidemic in dozens of towns and villages across Slovakia.

"Access to toluene is very easy - you enter a shop that sells paint and buy some," said Agócs as quoted by the TASR newswire. "However, the repeated abuse of this psychotropic substance leads to total apathy, especially in relation to the social environment, and loss of social contacts, ."

Ravasz points out that toluene is easily accessible in Slovakia despite the fact that European legislation restricts its sale. In line with EU regulation, a seller may not sell toluene as such or glue or spray containing the substance to a person who does not work with toluene in his or her job. This fact has to be proved by a trade licence or an extract from the Commercial Register.

"We've found that sellers often don't have the correct information about the legal regulation concerning the sale of toluene," said Ravasz, adding that if the sellers followed valid EU regulation, the problem would be solved.

In order to combat the toluene epidemic, his office has therefore prepared information and leaflets for sellers and the public. It will also send people from regional offices to the villages affected by the epidemic to raise awareness on the matter.

"If selling toluene to inappropriate people continues, we'll take stricter measures in the form of checks," said Ravasz, adding that his office might impose a fine of up to €99,500 for violating the regulations.