The incumbent general director of public TV station – Radio and Television of Slovakia – RTVS – will have eleven other rivals in the tender for the post. 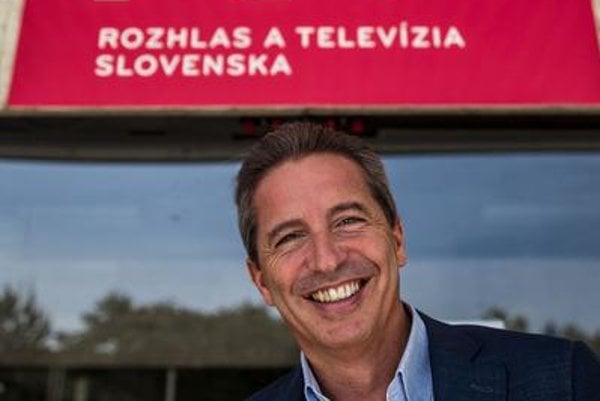 The deadline to submit applications for the position of general director of RTVS ended at 16:00 on May 10, Dušan Jarjabek of the ruling Smer party – chairman of the parliamentary committee for culture and the media – confirmed for the TASR newswire.

Public opening of envelopes with candidates’ projects will take place on the morning of May 11 by the media committee. The committee members will then check whether all applicants have met the necessary requirements. Those who meet them will be invited for the public hearing slated for May 30. The order of candidates within the hearing will be drawn by lots with only a candidate who is just submitting his/her project being present in the room.

Applicants for the post were asked to enclose a project of RTVS management and development ranging from 20 to 50 pages, extract from a criminal record not older than three months and a structured curriculum vitae. In line with the law, a candidate for its general director post must not be a member of the RTVS Council. The requirements also include a university education of the second degree and five years of managerial experience. The post of RTVS chief is incompatible with the post of the Slovak president, MP, cabinet member, state secretary, a judge and a prosecutor.

As Mika is heavily criticised by Prime Minister Robert Fico and coalition partner SNS, he is not expected to win, the Sme daily wrote. Other contenders for the post include ex-director of the private TV Markíza Zuzana Ťapáková, Smer (and before also HZDS party’s) head of advertising Fedor Flašík, the owner of the advertising agency Michal Ruttkay, and former journalist Richard Dírer. The SNS supports the incumbent head of the state newswire TASR, Jaroslav Rezník, but Most-Híd does not want to see him in the post. If none of the candidates wins an absolute majority in the election, it will be repeated with the two most successful candidates, according to Sme.