Railways may help transportation in Bratislava

Bratislava mayor wants to see trains used as a means of public transport in the city. 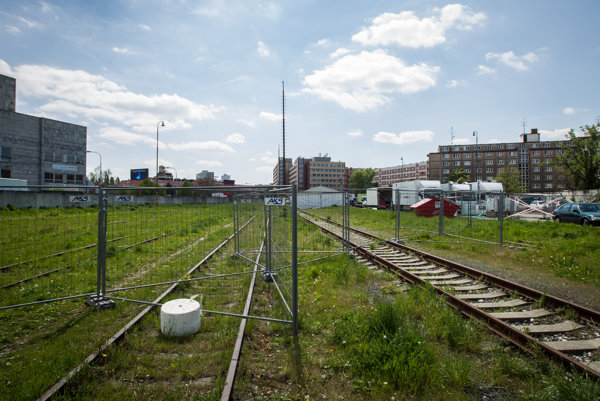 The former railway station Filiálka in the centre of the city is abandoned already for years. (Source: Sme)
Font size:A-|A+

Several large construction projects will test the transport capacities of Bratislava the during next few years. Traffic will be complicated either by the construction of the bypass around Bratislava or the complete rebuild of the Mlynské Nivy bus station in the city centre and relaying the road surface of the SNP Bridge is also in the pipeline. Bratislava Mayor Ivo Nesrovnal would like to see rail transportation being used more, for commuting to Bratislava from nearby villages as well as within the city itself.

Earlier in May, Nesrovnal met with Transport and Construction Minister Árpád Érsek (Most-Híd) to discuss Bratislava city council’s efforts to bring more trains to the city.

“I’m happy that the ministry and railway companies are inclined to accommodate our request,” said Nesrovnal as cited by the TASR newswire, adding that the city council can offer better public transport with the arrival of the trains.

Representatives of the passenger railway company ZSSK and the railway operator ŽSK surveyed about 50 kilometres of railways in Bratislava. Many of them are little used. ZSSK and ŽSK are now together with the Transport Ministry, analysing opportunities for their usage.

There may be two new lines added as well as new train stations. One of the lines may connect the village of Senec with Petržalka while a new stop may be erected at Bosákova Street or at Digital Park/Aupark in Petržalka. Another possibility is to increase the usage of the railway station in the Nové Mesto borough and add trains on the routes from Trnava and Malacky.

There is also a plan to build a new railway station, Filiálka, at Trnavské Mýto, close to the Central shopping centre. The former railway station, just in the centre of the city has been abandoned for years.

Now the city hall and railway companies are expected to hold further talks. However, no dates for when more trains will be dispatched to Bratislava are known yet.