People are endangered by poverty

The most endangered are households with three and more dependent children and single parents with at least one child. 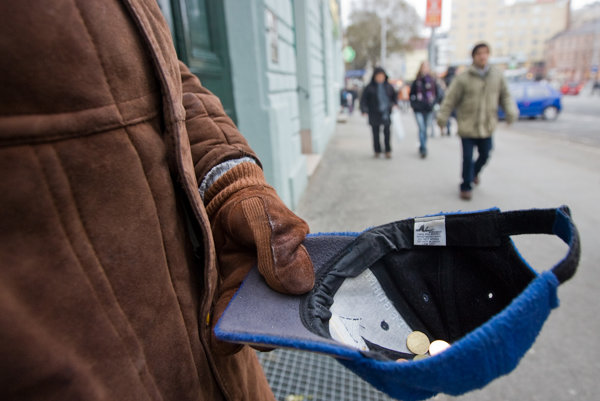 Altogether 12.7 percent of Slovaks were were threatened by poverty last year. In absolute numbers, this accounts for 670,000 people. Compared with 2015, the number increased 0.4 percentage points, or 30,000 people, according to the EU SILC 2016 report published by the Statistics Office.

The groups most threatened with poverty last year were the unemployed. This was the case of 48 percent of the total number of jobless, which is an increase by 2.5 percentage points year-on-year, said Ľudmila Ivančíková of the Statistics Office.

Regarding the number of household members, the most endangered are those with three and more dependent children (34.8 percent) and single parents with at least one child (33.6 percent). The risk of poverty for households with three and more children increased 1.9 percentage points compared with 2015.

Except for Slovakia, only three EU countries have already provided the data about the risk of poverty for their inhabitants. In Latvia, 21.8 percent of the total population is endangered, while in Hungary it is 14.5 percent and in Finland 11.6 percent.