The most unemployed graduates were in Prešov Region, followed by Košice and Žilina. 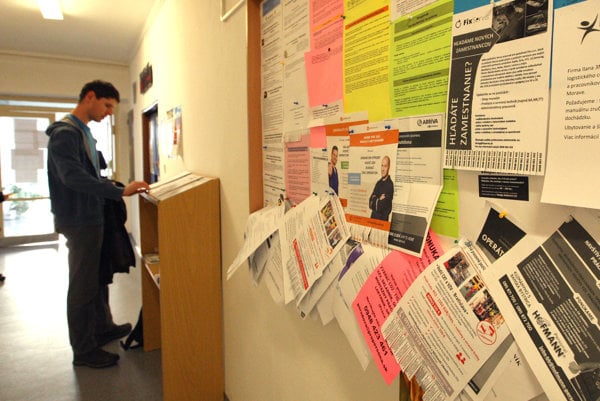 Most of the secondary school and university graduates were registered as unemployed for less than six months in the end of last year.

While the labour offices registered 3,300 school graduates as unemployed for less than three months, more than 6,700 graduates were without a job between four and six months. They comprised altogether 69 percent of the total number of unemployed graduates registered with the labour offices, the SITA newswire reported, referring to the data of the Central Office of Labour, Social Affairs and Family (ÚPSVaR).

As for the rest of the 14,600 school graduates registered by the labour offices in the end of 2016, nearly 2,800 of them were jobless for seven-nine months, while another 356 for nine months to one year. Nearly 1,500 graduates were without a job for more than 12 months, of whom seven for more than two years, SITA reported.

On the other hand, the fewest unemployed graduates were registered by the labour offices in Bratislava Region (801) and Trnava Region (928), SITA wrote.