Minister: Highway from Bratislava to Košice might be completed by 2025

The opposition pointed out that the completion date for the highway has changed a number of times. 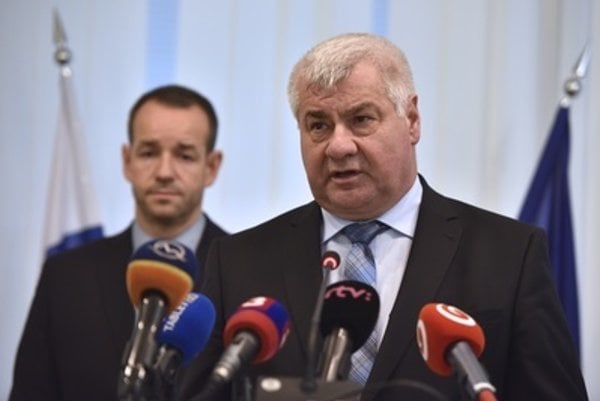 Transport Minister Árpád Érsek (appointed by the coalition partner, Most-Híd party) said the highway between Bratislava and Košice could by finished by 2025, or 2026, on the public RTVS’ political programme Sobotné Dialógy (Saturday Dialogues) on May 13.

Opposition MP Eduard Heger (OĽaNO-NOVA), who also appeared on the show, reminded Érsek that while a 2020 deadline for completing the highway is included in the Government Manifesto, a deadline of 2023 was mentioned recently.

Ten landowners are blocking the construction of the Bratislava ring-road, minister responded. "There’s a need to say that we’ve already bought up 99.5 percent of all plots of land that should form part of the R7 expressway and D4 highway," Érsek pointed out. "As many as 11,000 contracts have already been signed. However, there are ten people with whom we’re unable to agree, as their demands are unacceptable for us with regard to contracts that have already been signed. For example, most people received €40 per square metre, while the aforementioned ten owners want €120 per square metre," the minister said. He also defended the need for legislative changes concerning land expropriation for highway construction that are currently discussed within a fast-track legislative procedure in parliament.

Heger claimed that the state is paying too much for the land, as it is buying land as construction plots when arable land is mainly involved. He noted that the land should have been bought up by the end of 2015, anyway.

"Chaos is emerging from the Transport Ministry, reminding me of the turmoil with energy bills that Slovakia experienced in January," stressed the opposition MP, adding that the ministry should take responsibility for the chaos.

The land that is being purchased for the Bratislava bypass is made up of construction plots, as the authorities are issuing construction permits for it, Érsek maintains, adding that he is unable to guarantee that the government’s amendment to the law on one-off extraordinary measures for preparing some highway sections would not contradict the Constitution.

Nevertheless, the ministry tasked lawyers who participated in creating the amendment with preparing a document that “would eventually be acceptable for the Constitutional Court and would not violate people’s ownership rights”.

A lack of money for large investments, mainly those in the road and rail networks after EU funds are exhausted, is the reason why changes are required in the way that the debt brake is set, transport minister stated.

On the other hand, Heger argued that money must be sought where it can be found. He recommended that Érsek reduce preparatory work on other highway sections in Slovakia, which would bring savings of around €1.5 billion. “Let's limit construction to important sections for which the money will be released,” Heger added.