The unlimited and unselfish love children give you cannot be found anywhere else, says Zdenka Zámečníková, the chief nurse at the Home of Social Services (DSS) for Children and Adults in Galanta, when explaining the reasons for doing her job. 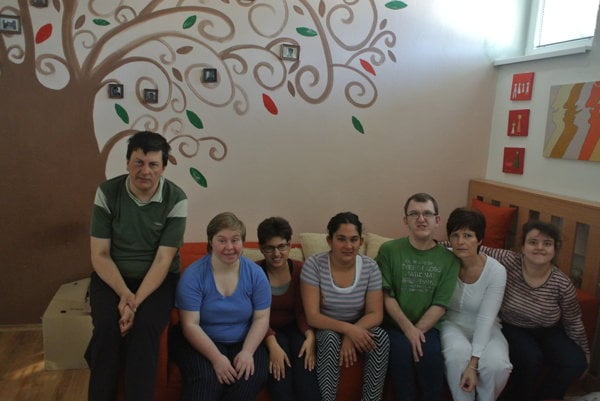 She is one of 31 nurses who received the White Heart award granted by the Slovak Chamber of Nurses and Midwives (SKSaPA) on May 12, on the occasion of the International Nurses Day. The SKSaPA rewarded her for her professional approach and devotion when working with mentally handicapped children in the category Nurse and Midwife – Manager.

The Slovak Spectator (TSS): Were you surprised by the nomination for the White Heart award?
Zdenka Zámečníková (ZZ): Yes, but I was expecting it. The chair of our chamber persuaded me to accept it only on the third attempt. I’m very glad because it is a big moral experience. Especially the meeting with President Andrej Kiska was very nice.

TSS: Can this award help promote your work?
ZZ: Yes, from the moral and social point. But the problem is somewhere else: in finances. What I encounter every day is a lack of people since we cannot pay them. This work is very demanding.

TSS: Why did you decide to work specifically with mentally handicapped children?
ZZ: I started as a nurse at the children’s department of the Galanta hospital. After my maternity leave I started working in the day nursery, but it was closed in 1991, similarly to other parts of Slovakia. At that time, I was standing at the crossroad: I would either return to the hospital or start somewhere else. Maybe it was destiny that there was no vacant position in the hospital, but there was one in the DSS for Children and Adults in Galanta. And I’ve stayed here for 27 years.

TSS: What persuaded you to stay?
ZZ: It may sound as cliché, but it was love. The unlimited and unselfish love the children give you cannot be found anywhere else. When I started working there, the children were three-four years old. And now they are in their thirties, and I cannot leave them. 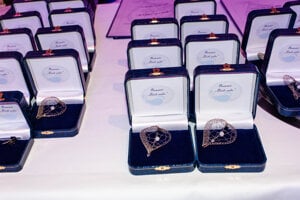 Read also:31 nurses will be awarded for their work Read more

TSS: Your centre has carried out several projects in cooperation with the non-governmental sector. Is this kind of collaboration important?
ZZ: Yes, it is. I work with the civic association OZ Milan Štefánik which focuses on preparing cultural events for mentally handicapped people. It was a pioneer in this field, and we have been cooperating since the very beginning. Now we run a project, part of which is a big charity concert for these people in nearly every district capital. Without them, we would not be able to do so. There wouldn’t be any opportunity for our clients to meet with the others. I would like to say that during the past seven-eight years we have been doing this, we noticed that great artists who perform there are really looking forward to it. Without pretending anything.

TSS: What about other projects?
ZZ: We participate in Our Town volunteering activity, via OZ Milan Štefánik. But we don’t participate in many projects, we pick only those we have good experience with.

TSS: As part of Our Town, employees of big companies come to your centre and spend time with mentally handicapped children. How do you assess the approach of these companies?
ZZ: The first year was difficult as they had to find a way to communicate with our clients. We had to show them they don’t need any mercy, but they need to feel equal. But the following years were better. Employees from the company Samsung came and said whom they want to spend time with. It would be better if such events were for example twice a year, but we are glad for having it.

TSS: Is there an interest in visiting the centre and spending time with your clients also outside of this activity?
ZZ: Not in the case of ordinary employees of the big companies. But there are for example teachers and pupils who want to come. We also visit senior centres. Moreover, we have good experience with other social service centres, particularly in the Trnava Region. We visit one another, organise events.

TSS: You also cooperate with the Labour Ministry. What project does this concern?
ZZ: It concerns people in material need who, according to our law, have to work at least 32 hours a month to receive the benefits. We have launched a project in cooperation with the labour office in Galanta. It is two-way help. People can work here, while we save costs by employing them. We do not perceive them as people from the labour office, but as our colleagues.