The highway should reduce traffic in nearby villages. 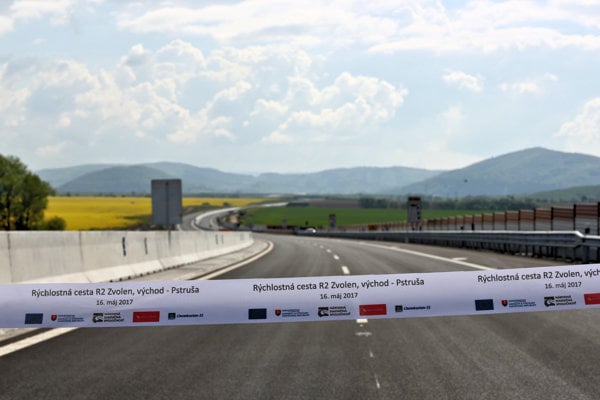 The new R2-express double-carriageway section between Zvolen and Pstruša (both in Banská Bystrica Region) will bring benefits not only in the form of faster driving speeds and greater safety, but also better conditions for potential investors in the southern part of central Slovakia, said Transport Minister Árpád Érsek (Most-Híd).

“Continuing this section of the R2 is one of our priorities, i.e. there is no need to stop, but to further design and seek financial resources,” Érsék claimed during the opening ceremony held on May 16, as quoted by the TASR newswire.

The newly built 7.85-kilometre stretch is located at the road’s eastern end and is connected to the R2’s section between Pstruša and Kriváň, which was put in operation in 2015. A four-lane almost 20-kilometre expressway stretch from Zvolen to Kriváň is thus available to drivers.

A good piece of news for the residents of the area is that the opening of the section will significantly reduce transit transport in the villages of Slovenská Slatina, Vígľaš, and Pstruša (all in Banská Bystrica Region), said Ján Ďurišin, head of the National Highway Company.

The contract price for the section’s construction is around €82.3 million. The project was financed in two stages within two programme periods.

The construction of the new part of the R2 Zvolen east-Pstruša section was launched in August 2014 by a consortium of Corsan-Corviam Construccion and Chemkostav IS. The section includes seven bridges and one elevated intersection, TASR reported.