The principal witness of the prosecution, Róbert Tóth testified at court in an example of the gang underworld and struggle for power. 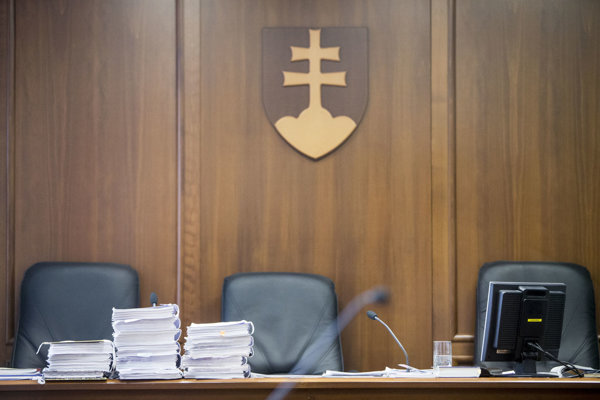 In the case of the murder of the founder of the criminal gang Sýkorovci, the principal witness of the prosecution, Róbert Tóth, testified at the Bratislava I District Court. Tóth said that with other charged men, he had participated in the murder of Miroslav Sýkora in February 1997 as a driver but he did not watch the murder directly.

Miroslav Sýkora is considered the founder of the Bratislava-based gang called after him, Sýkorovci. He was shot down in February 1997 at the parking lot of the Holiday Inn hotel in Bratislava, reportedly shot by Richard Benčič and Milan Majtan with machine guns. His driver, Peter R., died later in hospital of the shot wounds, Sme wrote.

Four men stand accused in the event that started the gang wars in Slovakia, the Sme daily wrote on May 17.

Tóth further said that in December 1996, Peter Križanovič, known under the nickname Duran, asked him to work as a bodyguard for him. At that time, Duran – who was involved in a dispute with Sýkora – stayed in Nitra, as his friend (one of the charged men) Ľuboš Ferus had significant power and influence there. Duran was also recuperating from the amputation of his right shin that had been injured in a shoot-out. Duran suspected Sýkora of being involved in the shoot-out, as they had had a dispute revolving around money from a bank robbery.

Sýkora came to the appointed meeting accompanied by Róbert Lališ and Peter Čongrády. He allegedly asked Ferus to “hand over Duran”. But Ferus realised he would be the next to go, according to Tóth. Later Ferus started pushing for the elimination of Sýkora and Duran eagerly agreed. Richard B., nicknamed Kofola, brought guns and phones; Milan M., another bodyguard, checked and prepared everything. Marek Ľupták and his already deceased brother Radoslav L. procured cars and necessary documents.

Kofola and Milan Majtan shot at Sýkora at the Holiday Inn parking lot, according to Tóth. However, neither him, nor Ľuboš Ferus were physically present – they only learnt the result from a phone call. Ferus allegedly paid the shooters 1.5 million Slovak crowns (about €50,000) and Tóth received 300,000 crowns (€10,000).

The shooters were not afraid of prosecution, as “the secret service with three letters” was also interested in Sýkora’s death.

In March 1997, Róbert Tóth was taken into custody for other crimes and thus stopped to meeting the other accused men.

Four men are accused of the murder of Miroslav Sýkora, according to Sme: Ľuboš Ferus, deemed the leader of Nitra gang world, allegedly organised it, while Marek Ľupták, Richard Benčič and Milan Majtan are accomplices in the crime. All four of them, prosecuted at large, deny their guilt. Ľuboš Ferus was sentenced by the Specialised Criminal Court in Pezinok to 15 years in the case of the Piešťany gang called Piťovci II, but the verdict is not yet effective.

The prosecutor claims that these four were members of a gang that also included Peter Križanovič, aka Duran, and Radoslav Ľupták, a police officer and brother of Marek Ľupták. Duran is considered to have had the biggest motive for killing Sýtra, mostly due to their fight for influence in the underworld and as revenge for his crippling. Duran ultimately died shortly after Sýkora during a car explosion, while Radoslav Ľupták was shot down.