Most cyclists enrolled in Bratislava. 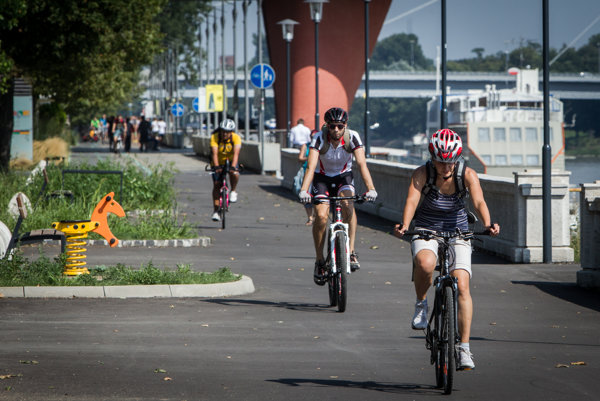 This year a record number of cyclists have joined the Bike to Work campaign. In total 8,531 people, 2,566 teams and 1,166 employers enrolled into the campaign, lasting the whole of May, to support permanently sustainable mobility in towns and municipalities. Compared with the previous year this means an increase of 50 percent.

Bratislava reports the biggest number of enrolled cyclists and teams within Slovakia. This year as many as 2,616 individuals in 777 teams joined the campaign in the capital. They have cycled 133,000 km so far.

“The increasing number of enrolled cyclists is a positive result and proves the trend of the usage of the bicycle as an alternative form of transport when travelling to work,” said Pavol Griač from the Bratislava city council, who is also a city cycle-coordinator. “Moreover, this form of movement contributes to a better body shape.”

The aim of the campaign is to motivate employers to build into their facilities suitable conditions for employees biking to work as well as motivate employees to use this alternative form of transport more often when commuting.

The Bratislava city council claims the development and support of cycle transport to be one of its priorities for 2017. This year it has allocated almost €1.1 million from its budget and other sources for the construction and maintenance of cycle paths.