No Slovaks among the victims of Manchester attack so far

The representatives of Slovakia have expressed their sympathy to the families of the victims. 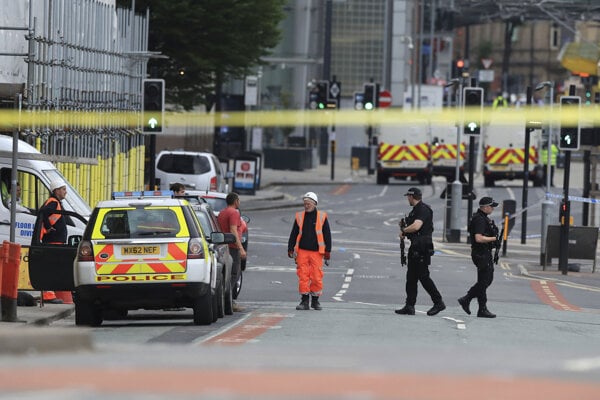 Police guard close to the Manchester Arena in Manchester, Britain, on May 23, 2017, a day after an explosion. (Source: AP/TASR)
Font size:A-|A+

Slovakia’s Foreign Affairs Ministry does not have any information about Slovaks being among the victims of the explosion at the concert of singer Ariana Grande in Manchester Arena in the UK.

The incident claimed at least 22 lives, while about 60 people were injured.

“No Slovak citizen has reported the loss of a close person to the Slovak Embassy in London,” Igor Skoček from the press department of the ministry said, as quoted by the TASR newswire.

The Slovak Embassy in London is in direct contact with the police in Manchester, but for now it does not have any more detailed information about the injured or the victims, the SITA newswire reported.

The Foreign Affairs Ministry meanwhile issued a recommendation for Slovaks to postpone their planned trips to Manchester. 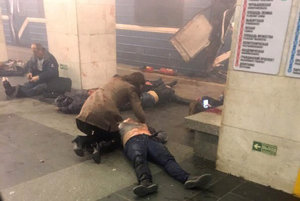 Slovakia stands with the UK and its allies in the fight against global terror and all forms of extremism, Slovak President Andrej Kiska wrote in a telegram of condolences sent to British Queen Elizabeth II.

“Your Majesty, the tragic news about the Manchester bombing, which resulted in the loss of innocent lives and injuries to many, has produced deep outrage and sadness in me,” Kiska wrote, as quoted by TASR. “This attack against young people and children was an immensely cowardly and shameful deed.”

Prime Minister Robert Fico meanwhile sent a telegram of condolence to his British counterpart Theresa May.

“Slovakia and its people stand by the British nation in this difficult moment,” Fico wrote, as quoted by TASR.

He stressed that the Slovak government condemns this “coward terrorist attack aimed against innocent people and denying all norms of humanity”.

Only a few hours before the explosion, Slovak Speaker of Parliament Andrej Danko was visiting Manchester with his family. He has expressed his sympathy with the families of the victims.

“I go through this awful act more intensively since only few hours before the explosion I was there with my sons,” Danko said, as quoted by TASR. “What has happened and keeps happening around us is absolutely incomprehensible and sad.”

“Unbelievable what happened in Manchester,” Lajčák wrote. “My heart aches for all those affected by the tragedy.”

The police in Manchester have already said it will investigate the explosion as a terrorist attack, unless they find evidence proving the opposite. It is the worst act of terrorist violence in the UK since the July 2005 attacks in London which claimed 52 lives, SITA reported.