Three Slovaks became world champions in table tennis in the TM2 category at the World Paralympic Championship in Bratislava. 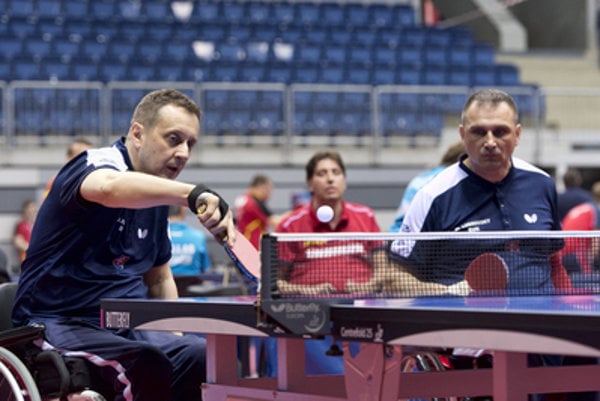 Ján Riapoš, Martin Ludrovský and Lukáš Kližan beat the French team 2:0 in the finals on May 20 , the TASR newswire wrote.

The basis of their success was the doubles competition in which they beat the French couple after an almost one-hour, five-set duel.

“I am so happy,” Ludrovský told the newswire. “I think that it was patience that decided the outcome in the end. Also, the home environment and the audience were fantastic. They deserve a great Thanks; it was as if another player was with us, helping us fight.”

It was Riapoš who won the decisive fight in the singles. Although he lost the first set against Fabien Lamirault, he managed to win the second medal for Slovakia later in the match with his patience. “It was a big dream I had when organising this – I hoped that we could fulfil our medal ambitions,” Riapoš told TASR. “I am very happy that we didn't just win in the TM2 category but also got the bronze in the TM4 group. It was easier to play with a one-point advantage, so Fabien felt he had to win, and felt a bigger pressure on himself. I could play more freely, not so tactically.”

The Slovaks beat the official top players, both world champions and paralympic winners from Rio 2016, in the finals. 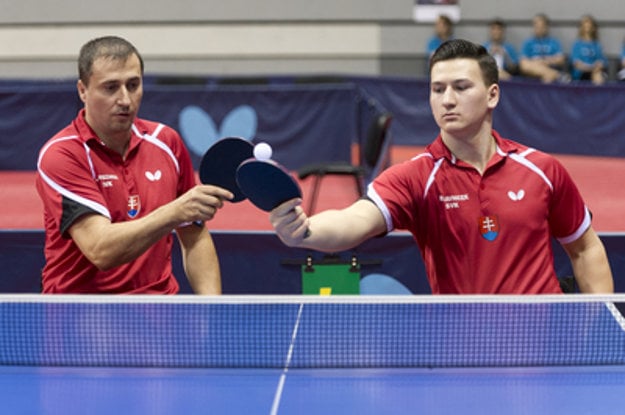 L-R: Andrej Mészáros and Boris Trávníček in the doubles'match against Taiwan at paralympic world championship, May 19. (Source: TASR)

Andrej Mészáros and Boris Trávniček won bronze; although they lost the battle for the finals in the TM4 against Turkey, 0:2 but they were certain of at least third place before the match even began. The Slovak pair had a self-confident start, winning the initial set 11:8. However, the Turks the dominated and won three consecutive sets, making the first match their victory.

The singles’s match was a clearer case and favourite Abdullah Öztürk beat Mészáros smoothly with 3:0. However, the bronze medal is a big success for the Slovak couple who started playing together only this year. “I am very satisfied; this is my most precious result so far,” Mészáros said. “But we have to train more.”

In the TM7 category, Miroslav Jambor and Tomáš Valach placed fifth, beating Hong-Kong, 2:0. Richard Csejtey and Jozef Kršiak ended up out of the competition after the first match, beaten by the UK, 1:2.