The much debated selection of the head of the Public Procurement Office (ÚVO) that oversees the state’s tenders ended without a winner. 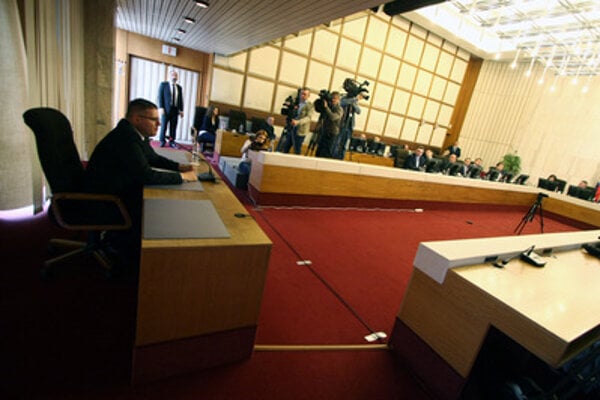 During a vote on May 24, the government failed to select from any of the candidates who entered the fray for the post of the new ÚVO head, the TASR newswire wrote.

Three hopefuls went through government-held public hearings but none of them received the required number of votes. As a result, the Cabinet will repeat the selection process for its nominee for the head of the ÚVO, probably before the summer recess.

The candidates were the current ÚVO head, Zita Táborská, ÚVO lawyer Peter Kubovič, and Juraj Méry who heads the project management department at the Transport Ministry.

“After a public hearing and after we heard the arguments of all three candidates who participated in this selection process, none of them got the necessary absolute majority of votes,” Prime Minister Robert Fico said, as quoted by the Sme daily. He added that he himself abstained from the vote three times.

The cabinet then authorised the head of the Government Office, Igor Federič, to announce a repeated call for the ÚVO head candidates to apply. The PM added that the criteria will not be changed and the currently unsuccessful candidates may try again.

Fico also added that the whole hearing and the debate on the ÚVO head fulfilled expectations and achieved the purpose intended, and therefore he evaluates them positively. The cabinet took the process of selection very seriously, which was demonstrated by the recent decision.

Last week, Fico slammed the ÚVO for a ruling, according to which the Interior Minister Robert Kaliňák violated the law in the case of procurement concerning the purchase and reconstruction of the ministerial Clients’ Centre in the old building of Ikea in Bratislava.

Fico opined, as cited by Sme, that the ÚVO is not a criminal proceedings institution, and thus, he sees no reason to punish Kaliňák. The office decided that the ministry should not have foregone the tender. Kaliňák insists that only the protocol in this case is mistaken and continues to assert that such a verdict of the ÚVO can be contested. In the past, the office failed to find law violations in several famous cases.

As for its recent vote, the interior minister said that for any candidate to receive the absolute majority of cabinet, he or she must bring something more than shown by Wednesday’s candidates. However, he refused to tell Sme how he personally voted.