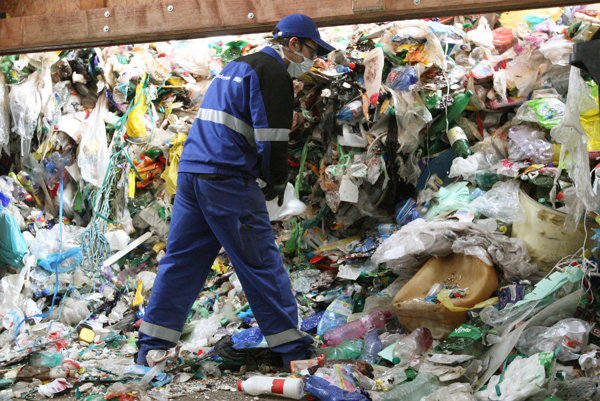 Plastics are harmful not only for people but also for environment. Slovak Milan Michalko came up with an original idea – returnable plastic bottles which should reduce the amount of plastic waste, RTVS informed.

Returnable plastic bottles are ecological and reusable. They consist of an outer layer that covers a hard plastic inner core. The cover can be removed and composted, while the inner core can be re-covered and used again several times.

The prototype was made in Svit and, as RTVS informed, a special device takes off the old layer of the bottle, washes it and after that ‘dresses’ it again.

Chief-constructor of the prototype, Miroslav Syn, said that this could be a way to protect the environment. Biologically decomposable plastic film will not end up at the dump but as a material for another bottle or biomass in compost.

The Slovak patent could become really successful; Germany and also Arabic countries are interested in it.

Thank you for singing up. Shortly an email will be sent to the address you provided to verify your e-mail.
Error! Please try to register again later, your e-mail was not registered.
Your email is not in a correct format.
Please confirm you are not a robot.
Share on Facebook (37)