MPs propose changes to the management of Nation’s Memory Institute

Three coalition MPs and one independent have proposed changes to the Nation’s Memory Institute (ÚPN) that would remove its current head, Ondrej Krajňák 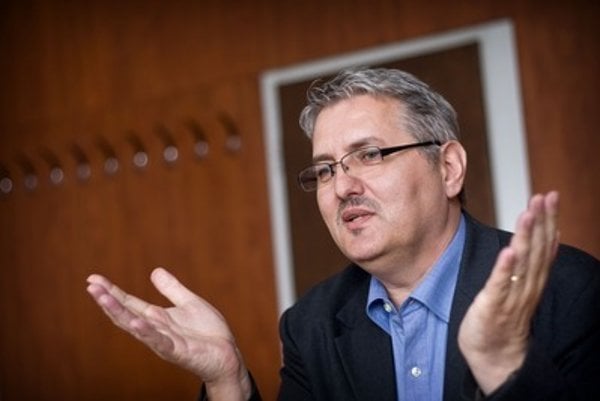 MPs Jaroslav Paška (SNS), Mária Janíková (Smer), Edita Pfundtner (Most-Híd) and Martina Šimkovičová (independent) said that allowing a single person to manage the formal constitutional power of the Institute is ineffective and unjustifiable. The MPs have filed a draft amendment to the ÚPN law for the June parliamentary session, the TASR newswire wrote.

According to their amendment, the current head of the Institute, Ondrej Krajňák, would step down on October 15, 2017 but remain a member of the Board until his term ends in 2019. 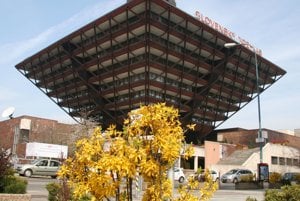 The four MPs said that the original principles on which the ÚPN was established had linked the roles assigned to the Institute with its statutory bodies. “At the time that the ÚPN was created, it was expected to be connected to the Slovak constitutional institutions and remain under their control,” the TASR quoted the report. The report continued, “Fifteen years later, it is evident that this goal of the legislation has not been fulfilled – particularly in relation to the determination of a statutory body… which has come, after the amendment from 2003, under the power of the chairman of the board.” This fundamental change, the legislators said, has changed the spirit of the original law and “has put the decision-making of the direction and activities of the ÚPN in the hands of a single person – which goes against standard democratic principles.”

The drafted amendment proposes that the ÚPN statutory body operate as a collective and that the Committee of the Institute be abolished, with the Board and Supervisory Board remaining. The amendment also includes a proposal for the replacement of some positions with other forms of work related to the fucntioning of the ÚPN and a proposal of a change in salaries. The MPs also wrote that the body which appoints members of the Board should have the power to recall any member who is found guilty of misconduct by the Supervisory Board or who is found guilty of a crime. Any member who has not worked for six months could also be recalled under the proposed amendment. The coalition MPs said that their goals in changing member eligibility are to improve the effectiveness and transparency of the ÚPN.

The Nation’s Memory Institute responded to the drafted amendment with a statement that the proposal and its reasoning reflect the motives of its writers, with its first goal as the removal of Krajňák from his post, the SITA newswire wrote. “The effort to dismantle the chairman of the ÚPN Board comes at a time when the Institute has gained new respect at home and abroad for its actions,” spokesman Peter Juščák wrote, as cited by SITA.

Juščák said that the amendment is tailor-made to suit the former ÚPN leadership, who are now represented in the bodies of the Board and Supervisory Board.

“According to the amendment, the future Chair would become a straw man controlled and elected by the current Board. This would be the end of the independent operation of the institution,” Juščák said.

Juščák suggested that the amendment was motivated by the recent decisions and actions of the Insitute, citing the names of Babiš, Hudzovič and Petranský, as well as the Institute’s recent activity in publishing the names of judges, prosecutors and investigators who were involved in killing those who crossed the borders of communist Czechoslovakia and proposing the cancellation of service pensions for former members of the communist-era secret service.

Alojz Hlina, the chairman of the non-parliamentary Christain-Democratic Movement (KDH), said that the ruling Smer party wants Krajňák recalled to impact the October parliamentary elections in the Czech Republic. Hlina said that this move could be seen as a way to improve the image of Andrej Babiš, who the ÚPN had found to be an agent of the communist-era secret service. Slovak-born Babiš is now involved in a lawsuit with the Institute. Hlina explained that if Krajňák is dismissed as head of ÚPN, the claim against Babiš could more easily be overturned, making the current Czech Finance Minister and party chair a stronger candidate in an election. “Our ruling coalition wants to impact the Czech elections,” Hlina said as the reason behind the MPs amendment to the law.