Talent is not always enough - sport is an expensive hobby

Promising young athletes often do not have the chance to bring their talent to the next level due to lack of funds. 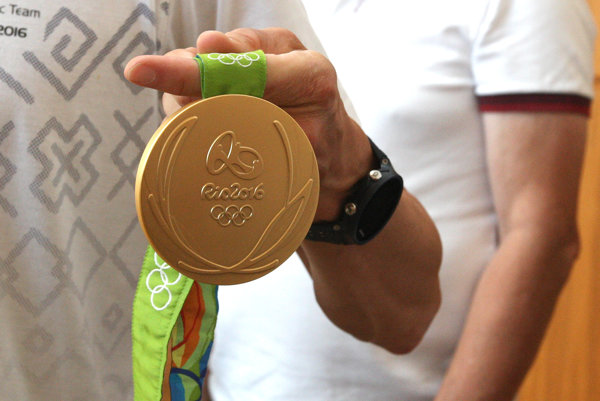 “My aim is World Championship under 17 in Kenya,” said Daniel Kováč in a news report of the public RTVS television. Kováč is young Roma man who is following his dream to become a successful speed walker, like his idol Matej Tóth, who won the gold medal at the Olympics in summer 2016.

The young athlete has a problem, however. He comes from a socially disadvantaged family and is not able to afford the commute from his home town to the place where he could train. That’s why he and his couch were looking for fundraisers and opportunities to help him get not only the appropriate training clothing but also to get him into various training camps.

Kováč is only one of many talented athletes who could possibly become successful in their field of sport if they had enough money to pay for it. Searching for money is not always easy.

The Slovak Olympic Committee (SOV) runs a fund to sponsor athletes like Kováč. During the year 2015, the fund supported a few sport clubs focused on social integration through sport.

The Fund of SOV was looking for systematic solution, however, so they involved the public to the decision making process, according to Ľubomír Souček, the spokesman of SOV.

“Through the grant project “Show yourself!”, young athletes from age 12 to 18 years can apply for a grant,” explained Souček for The Slovak Spectator. The grant project was launched in the autumn of 2015. The grant application involves not only information about sports accomplishments, but also the whole situation, social one included. Besides that, applicants have to attach a motivational video.

“The Fund of SOV wants to support young sports participants to search actively for possible partners and fundraisers,” continues Souček.

The members of board of directors alongside with ambassadors – usually well-known Olympians – consider the applications. They will choose from 12 finalists from the candidates. Specific division of the grant is decided by the public via online voting.

“Before Christmas of last year, we succeeded in gaining more money, so we divided 5,000 euros between 5 other sportsmen,” continues Souček, adding that in last year there was 75 applicants in total and the Fund of SOV continues in cooperation also with these who were unsuccessful in their application for a grant.

“After the success of the project last year we feel the obligation to continue,” said Souček, adding that the Fund of SOV would be glad if applicants included those from team sports.

“We plan to divide the project into two parts, one would be focus on teams in collective sport,” said Souček, adding that they want also to increase the money in the project.

If a young athlete is a member of one of the national sport unions, he or she would get indirect financial support from the Education Ministry, which supports the unions.

“A decision on the specific form of support is then on the national sport union which could consider what the athlete needs to grow their talent,” stated Ivana Skokanová from the Education Ministry press office for The Slovak Spectator.

Those athletes who are intellectually disabled are sheltered by the Special Olympics Slovakia. The organisation brings together more than 3,000 athletes who perform sports in more than 40 clubs.

“Our athletes are coming from a different social environment. As a sport organization there is no recognized difference in support,” Gažová explains, adding that weak social classes are an important part of their movement as a lot of athletes are based in Social Care Centers.

All members of the SOS have open doors to all national competitions organized by SOS in 13 Olympic disciplines. Special Olympics Slovakia also works as a consultant body. They are experienced in motivating and supporting families with intellectually disabled children to show them an option of how to productively spend free time of their children. The Special Olympic Program is the most comprehensive program supporting the development of personality, integration and emotional needs of people with intellectual disabilities, continued Gažová.

“We believe that every person with an intellectual disability should have the same chance for development of his or her personality as a healthy individual,” Gažová explained the philosophy of Special Olympics, adding that integration and social interaction strengthens the athlete's sense of pride and success.