The fight for dominance

The name of the eastern Slovak town of Bardejov has roots in the male Christian name, Bartolomej, or Bartholomew. 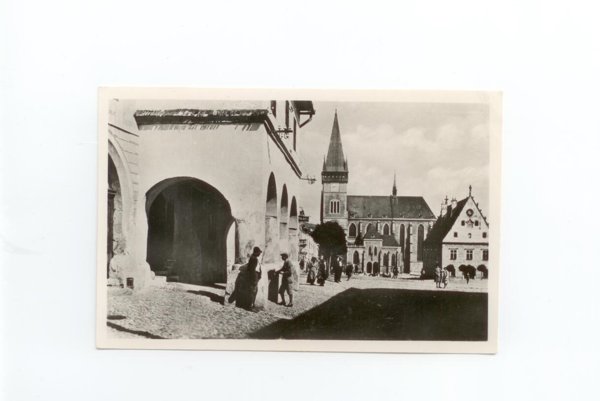 Square in Bardejov (Source: Courtesy of B. Chovan)
Font size:A-|A+

We do not know anything specific about this man – only that he was an important nobleman from Slavonic times. Based on the name, we thus get to the pre-history of the town, long before the year 1241 which marks the oldest written mention of the town, when mainly Slovaks are supposed to have lived there.

However, it was some time before 1320 when the composition of the population changed markedly. Numerous German “guests” started to arrive in Bardejov – and many other towns and cities, for that matter. They came from a more developed environment and gradually took over control of the town. The town administration, trade and crafts got under their control, as in most Slovak towns. Slovaks, Hungarians and other nationalities were more or less pushed out to the periphery of urban life, sometimes literally.

In the Middle Ages, Bardejov had around 3,500 inhabitants, an average size among towns in the Hungarian Empire. In the 15th century, the balance of power among these nationalities started to shift, as ever more and more Slovaks, Poles and Hungarians came to the town. Their influx must have been massive, which is the only explanation for why Germans feared they may lose their positions. In a panic, the mayor and the town council turned to the emperor and asked him to issue a ban on Slovaks and Poles moving to Bardejov. Emperor Ferdinand I finally signed the much awaited charter – but even that did not prevent the gradual Slovakisation of Bardejov. Ever more and more self-confident Slovaks started asserting themselves especially during the second half of the 15th century. By that time, Slovaks finally even had their own chaplain serving Masses specifically for them.

As was true elsewhere, Germans ultimately failed to keep their dominance in Bardejov. Despite the loss of power positions, many towns preserved their German cultural and language character for a long time. Part of this is the beautiful mediaeval architecture in Bardejov, one of the finest in Slovakia.

Of particular note is the mediaeval square in Bardejov, with a unique renaissance town-hall on the right side of the postcard that was issued some time around the end of the 1930s.