Judge Peter Paluda won a suit on a disciplinary proceeding against him and his subsequent suspension from office. 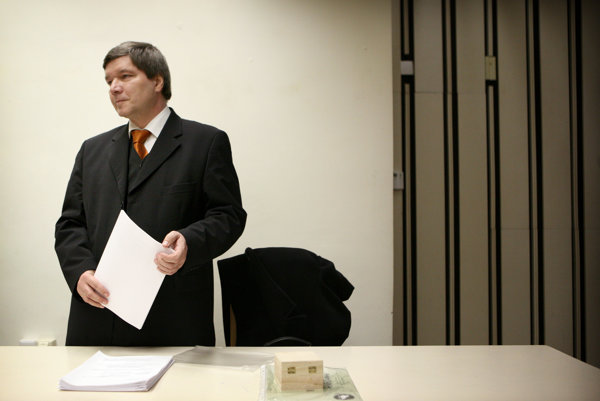 The European Court of Human Rights (ECHR) in Strasbourg ruled that Slovakia violated the rights of Supreme Court Judge Peter Paluda. Paluda had been prosecuted by the disciplinary senate based on a motion submitted by the Judicial Council, which was at that time led by the controversial judge Štefan Harabin.

The court granted Paluda compensation of €7,800.

The ruling has already been discussed by the Judicial Council, the TASR newswire reported.

Paluda turned to ECHR in 2012 after the Slovak courts refused to hear his lawsuit complaining against a 2009 Judicial Court decision that had initiated a disciplinary proceeding against him and which resulted in his suspension from office. At the time of the ruling, Paluda had been a critic of Harabin, then the leader of the Supreme Court, and had submitted a criminal motion against him, TASR reported.

The Bratislava Regional Court dismissed Paluda’s lawsuit in May 2010, claiming it was only a preliminary decision that did not definitely decide on the complainant’s rights and was, thus, excluded from the judicial review. The decision was confirmed by the Supreme Court in February 2011. Paluda’s case was also unsuccessful with the Constitutional Court. 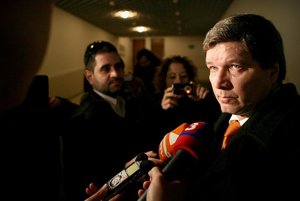 Read also: Coalition unrest over 'no' for Paluda Read more

ECHR accepted that the guarantee of access to court, which comes from the European Convention of Human Rights, applied to Paluda’s suspension and that there had been a legal basis for denying it to him. However, it observed that the legitimacy of the aim pursued by denying him access to court was questionable and concluded that his denial had not been proportionate to the circumstances, according to the ruling.

The ECHR ruling also stated that the Judicial Council had not provided the institutional and procedural guarantees inherent in the Convention.

“The Court noted that under domestic law as it stood at the time, the Judicial Council had been presided over by the President of the Supreme Court, the very person who had been at the centre of Mr Paluda’s criticisms,” the ruling said.

At the time of his suspension, arguments from Paluda against the suspension itself and the underlying disciplinary proceedings against him had not been heard.

Paluda has welcomed the ECHR ruling.

“I did not want the money; even if it was €1 it would be enough for me to say that I was hurt,” he said, as quoted by SITA. He said that although the definition of the rights violation was definied more widely in his motion, he is still satisfied with the ECHR ruling.