No clear reason exists for why the number has increased. 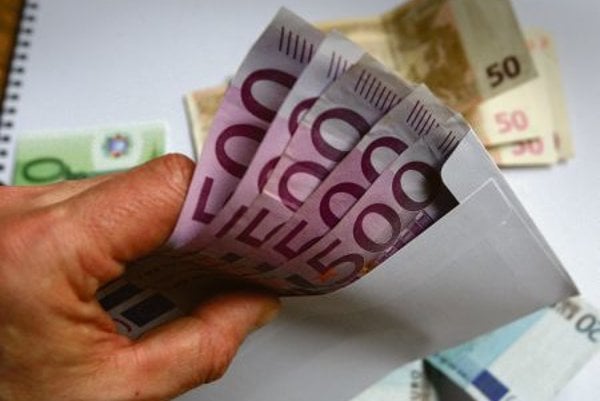 A record number of people are willing to report corruption, according to a recent survey carried out by the Focus pollster for ethics watchdog Transparency International Slovensko (TIS). The survey shows that as many as four in 10 Slovaks would certainly or probably report corruption if they encountered it.

This is the highest number since the watchdog group began measuring public engagement against corruption in 2002. At that time, only 17 percent of respondents said that they would report corruption, while in 2012 the number increased to 21 percent.

As many as 51 percent of respondents, though, said that they would not report corruption, even if it directly concerned them, TIS said in a press release.

The respondents most willing to report corruption were those with a university education and around age 40, entrepreneurs and those with higher salaries who incline to right-wing and liberal opinions. The survey had 1,006 respondents and was carried out between April 4 and April 9.

The answers do not offer a clear reason for the increase in the willingness to report corruption, though the report suggests that one possibility is the growing trust in the Slovak police. A Eurobarometer survey shows that in 2004 only one-third of Slovaks supported the police work, while that number increased to 46 percent last year.

Another factor may be an increase in the social pressure to report and publicly oppose fishy practices. TIS said that one example of this public opposition may be whistleblower Zuzana Hlávková, the former Foreign Affairs Ministry employee who brought attention to the dubious competitions linked to Slovakia’s EU Council presidency. 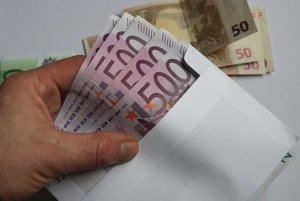 Compared to the EU, however, Slovakia remains below the average in both areas. Slovakia’s police force is the second least-trusted in the EU. Moreover, Slovakia has the second-highest share of people in the EU who claim that they do not want to report corruption because it would not result in any punishment.

In addition, Slovakia has the fifth-lowest acceptability of corruption reports in the EU (22 percent compared with the EU average of 45 percent), TIS said.

Not many people know about the law yet

During the past 12 months, however, public awareness on the law protecting whistleblowers has increased. While last May only 26 percent of people knew about it, that number has grown to 44 percent. Still, more than half of people do not know about the possibilities for their protection.

The survey also showed that bribing is widespread in Slovakia. As many as 11 percent of respondents admitted to offering a bribe last year. This is the same share as was found in the February 2015 survey.

The survey said that this practice mainly concerned older people with low incomes, who were predominantly of Hungarian ethnicity and were mostly offered in health care.