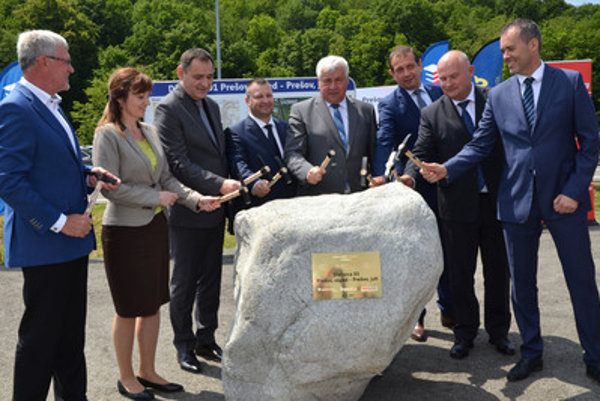 Apart from the minister (of the coalition Mos-Híd party) representatives of the National Highway Company (NDS) also took part in the May 30 ceremony, the TASR newswire wrote. The almost eight-kilometre motorway stretch will be constructed by the D1 Prešov Consortium, comprised of Eurovia SK, Eurovia CS, Doprastav, Metrostav and Metrostav Slovakia, for over €356 million. It should be completed in four years, by June 30, 2021, and should significantly cut the time needed to drive to Kosice. 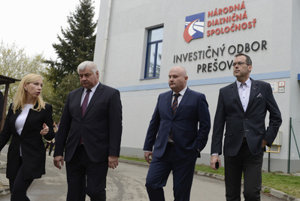 Governments come and go, but the road will remain, Érsek noted. “Last time I was here we signed the contract, now we’re tapping the [foundation] stone,” he said, as cited by TASR. “Cutting the tape should be next. I’m very glad that we’re starting to construct this. Prešov needs it ... and not only Prešov, as it’s an international corridor,” the transport minister added. Érsek went on to say that launching the construction of the Prešov northern bypass via an R4-dual carriageway stretch as soon as possible is among the government’s priorities.

As many as 20,000 vehicles pass through this area every day. The new stretch will divert transit transport away from the eastern-Slovak city of Prešov, and drivers will save some 18 minutes by taking the motorway instead of the old road through the city.

The new stretch will include 18 bridges, a two-lane tunnel, more than two kilometres long, 17 junctions and six kilometres of anti-noise walls. The project will be co-financed from the EU’s Cohesion Fund within the Integrated Infrastructure Operational Programme, TASR wrote.