New government office against corruption to be headed by Peter Kovařík 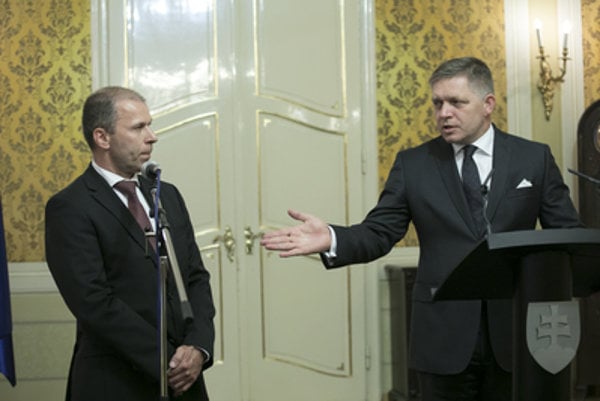 As of June 1, the former head of the Office for the Fight Against Corruption will take over the new department, Prime Minister Robert Fico said at a press conference on May 31. The department has been created by Fico, by transforming a former supervisory section of the Government Office into a stand-alone department that reports directly to the Prime Minister’s Office. Fico expects Kovařík to significantly bolster not only the department but also the credibility of the Government Office in this sphere.

“Here comes the man who has fought corruption on the frontline,” the PM said, as quoted by the TASR newswire. “No one can accuse us of promoting a fellow colleague on a partisanship basis. We’re hiring a professional, an absolute professional, respected and trusted by all governments," said Fico, adding that Kovařík headed the Office for the Fight Against Corruption under the cabinet of Iveta Radičová (2010-2012). in 2012, he took up the post of police attaché of the Slovak Republic in Washington, DC. As a police investigator, he has been involved in the fight against corruption since 2004, the SITA newswire wrote.

Fico told Kovařík – in front of the media – that the fight against corruption represents one of his Government's priorities. “You’ll report directly to me. No one will bother you with any nonsense. You’ll have carte blanche, so let your imagination run loose and come up with whatever plans and motions will help in the fight against corruption,” Fico addressed the anti-corruption fight leader, according to TASR.

Kovařík declared that he accepted the offer because the large room for improvement in this sphere calls on him to take on the challenge. “The fight against corruption must reach from the top all the way down,” he said, adding: “I’d like to communicate, I’d like to listen a great deal and I’m looking forward to cooperation.” Kovařík also claimed that he would like to invite citizens and non-profit organisations to the dialogue as well.