Why the war between Facebook and Brussels is inevitable

The first shot has been fired in the regulation war that will shape the future of Europe. 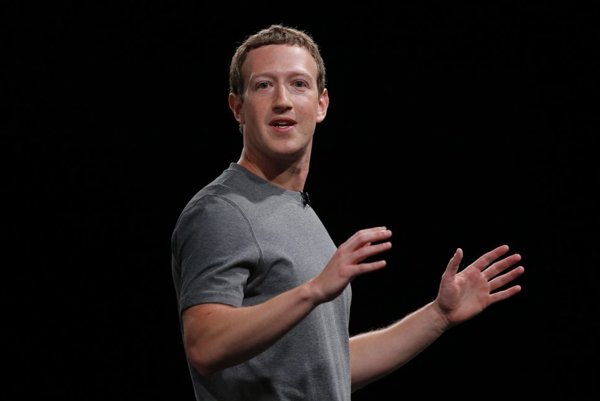 The €110-million fine that the European Commission imposed on Facebook for violating its anti-monopoly rules is a symbolic start.

It marks the moment when offices in Europe embraced a new type of economic and public space and started protecting it. It will result in a years-long regulation war that we have not seen in Europe for decades.

So far, Facebook has behaved like an early 20th century chemical company that recklessly extracted raw materials and then poured the harmful wastewater into the nearest river. The only difference is that Facebook does not extract raw materials from the ground but rather information from people’s privacy. It does not leak toxic substances into the environment but it leaks toxic thoughts into the collective consciousness. At the same time, just like a chemical factory, it produces useful values for clients and profit for itself.

This is not how business should be done

A century ago chemical companies really leaked toxic waste into rivers, generating profits for themselves but transferring the burden from their business onto society. But then authorities said this is not how business is done. Gradually, rules have been put in place that ordered companies to bear the costs of protecting the environment they make use of, like installing filters, for example.

Obviously, businesses did not like the rules and claimed this is not how business can be done. But over time they conceded to bear the costs, adjust their prices and lower their margins.

Facebook and Brussels-based regulators are now about to embark on a similar struggle. It turns out that high profits can be generated by pouring waste into virtual space.

How big is the portion of profit that Facebook earns by letting society bear its costs?

We are not able to calculate a concrete sum. But we can say that Facebook has an above-standard high margin. That is, the amount of money they keep out of every euro they earn after they pay all the salaries, electricity fees and other costs, is quite high. In the first quarter of 2017 that margin stood at almost 39 percent, almost double that of Apple or Google in the same period. In practice, Facebook returned revenues worth over 3 billion dollars in that quarter.

To compare, the median margin in the Slovak economy in 2015 (the most recent complete data from big companies) was under 3 percent, based on FinStat calculations. Slovak IT companies recorded margins of approximately 8 percent, carmakers around 2 percent, 20-times less than Facebook.

The high margin does not automatically mean that the company is acting immorally. Innovative firms and startups are able to work much more effectively than their old-fashioned competition, thanks to the technology they use.

Facebook can continue being an exceptionally well managed and effective company. However, it should be noted that the second type of companies with high margins are non-regulated monopolies able to dictate whatever prices they want to the entire market.

It could be done better

But the margins of Facebook show that the company has enough room to afford compromise steps to protect the environment it does its business in. There is more and more evidence that Facebook is currently harming the wellbeing of the society and its clients. The company also admits that it is being used as a tool to bend democracy.

It is starting to be safe to say that Facebook (not unlike the onetime chemical factories) is doing little to protect its environment from the negative impact of its business. The profit margins of Facebook allow it to do more. The company could, for instance, better check if popular posts are true, or give up part of their income from advertising by reducing the amount of popular but toxic content.

Both steps are feasible, but they would interfere with the revenues of Facebook and the company will not take them unless they must. The logical result is that authorities will push Facebook to spend part of their income on the protection of society.

How to protect the customer

It is a natural reaction of every company to protect their margin and if authorities force Facebook to increase costs, it will try to make their clients bear them. While the chemical company would increase the prices of its products, Facebook could start selling more privacy data from users or adjust advertising rates. Costs would increase, but the margin would remain the same.

Under normal circumstances, competition prevents companies from making their clients bear additional costs. The trouble is that Facebook has no competition anymore. There are other social networks, but none of them is quite as big as Facebook. The company understood early enough which competitors it needed to buy, to also buy their users linked with the kind of social links it was unable to imitate. Instagram was the network of young people, and WhatsApp linked people through their phone numbers. Thanks to these two acquisitions Facebook now de facto has a monopoly control over social networks - and the public space on the web.

That brings us back to the fine from the European Commission. What was basically said was that the company lied when it purchased WhatsApp and promised not to link it with its own data. Brussels claims Facebook broke that promise and is trying to blow up its already dominant social network.

The fine from the EU, along with the pressure from Austria, the Netherlands, Germany, and France, is a sign that regulators are starting to understand the monopoly of Facebook on public space. They also know, based on their experiences with technological monopolies, that the market is unable to push such a company to act responsibly and fair towards its customers.

They are trying to calculate how much harm Facebook is causing. The result will show a monopoly company that abuses and harms its environment while having high profits. The result will be a long and ugly regulation war for social networks.

Ondrej Podstupka is deputy editor-in-chief at the Sme daily.