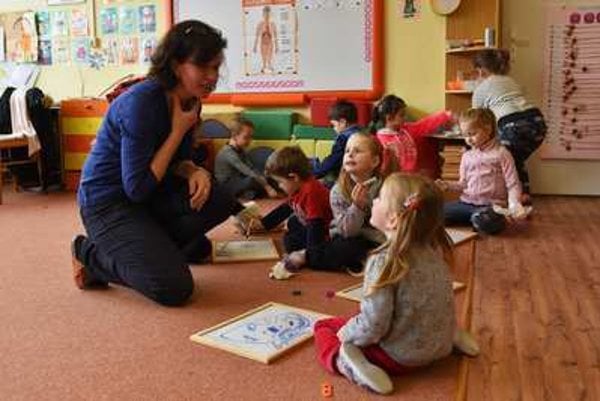 In Slovakia, this was the opinion of 67 percent of respondents. The percentage of respondents in the Czech Republic who answered similarly was 57, while in Poland and Hungary it was 75 and 74 percent, respectively.

This is just one of the results of a survey conducted in Visegrad Group (V4) countries by the International Republican Institute. The collection of data in the countries was made by the Ipsos agency, which surveyed a representative sample of about a thousand people in each country, the SITA newswire wrote.

In Slovakia, the Institute surveyed 1,024 respondents between March 8 and 22. The questions in the survey addressed the biggest issues in the country and in Europe. Some questions asked the public for information about their media use and their views on current political topics relating to Russia, the European Union, and Euro-Atlantic institutions.

The results of the Slovak survey were announced by the head of the European Office of the International Republican Institute, Miriam Lexmann, on May 31 in Bratislava, SITA wrote.

The citizens of V4 countries count terrorism and migration as the most important issues that Europe should address.

Varying views on US, NATO, Russia

Jan Surotchak, IRI Regional Director for Europe, wrote on the Institute’s website that the survey shows discontent toward the US, international institutions and Russa. “This poll reveals a number of disturbing trends in the heart of Europe, including waning support for core transatlantic institutions like NATO, tensions over the nature of European identity, and discontent with socioeconomic challenges,” he wrote.

“After investing twenty years and hundreds of millions of dollars in building a Europe Whole and Free, it is vital that the U.S. recognise the threat of increased Russian influence in Europe, which has the potential to undermine a key pillar of transatlantic peace and security.”

In Slovakia, 60 percent of respondents feel that the US presence increases tensions and insecurity, according to the survey, while a majority of respondents in all four countries either support strongly or somewhat a neutrality towards both NATO and Russia (Slovakia: 73 percent; Czech Republic: 61 percent; Hungary: 58 percent; Poland: 53 percent). Moreover, 75 percent of Slovaks believe that Russia should be a security partner, followed by 59 percent of Czechs, 54 percent of Hungarians, and 35 percent of Poles.

The survey also reveals an ambivalence toward the nature of European identity. More than one-third of respondents in the Czech Republic (40 percent) and Slovakia (36 percent) feel that the European Union is pushing them to abandon traditional values, while 41 percent of Slovaks believe that Russia “has taken the side of traditional values.” Agreement with this statement in the other countries was much lower, with Czech Republic at 27 percent; Hungary at 18 percent and Poland at 14 percent.