Supermarkets have to fight hoaxes too

The Slovak Spectator brings you a selection of hoaxes that appeared over the past week. 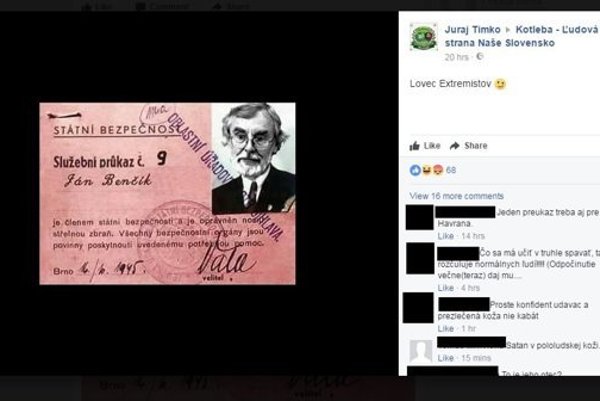 Communist-era secret service ID of Benčík is a hoax

A number of Facebook pages, among them mostly those linked with the extremist ĽSNS, have been sharing a scan of an alleged ID of an employee of the Communist-time secret service ŠtB, with the picture of well-known blogger Ján Benčík.

The scan of the ID has attracted much attention and hateful comments. But it is very easy to prove it is fake — even a layperson can easily check the list of ŠtB collaborators or the ŠtB registration protocols on the website of the Nation's Memory Institute (ÚPN).

The name of Ján Benčík is mentioned twice in the registration protocols, with years of birth of 1912 and 1936. It is therefore not possible that the protocols should concern the activist. Also, the names are listed in the categories "signal file" and "observed person", which does not point to the people collaborating with the ŠtB.

In addition, the ID on the scan is dated October 16, 1945, which is three years before Benčík was born. Also, the picture depicts him as he looks now, yet he must have looked differently decades ago.

Despite that, the fake ID has been collecting likes and attracting hateful comments.

Cancer is a business rather than an illness. It is merely a lack of vitamin B17, which has been known as a medicine for decades but the onco-business has been trying to keep it secret from the public.

This is the latest version of the known cancer-related hoaxes, recently published by a Slovak website about homemade remedies. The article offers a way to cure cancer in two simple steps: evaluation of a person's health condition and a cure with the cores of the pits of fruits. They claim the B17 vitamin can cure 90 percent of all cancer occurrences. 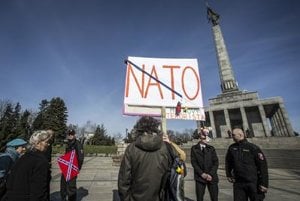 One of the main flaws the article relies on is the idea that cancer is one uniform illness. This is an extreme simplification of the problem.

"There are many sub-types of cancer that behave completely different," says Tomáš Ondriga, a medical doctor who co-authored the project Charlatan Hunters, directed at uncovering and busting hoaxes about medicine.

Various types of cures apply for various types and stages of cancer. Thus it is very improbable that there could be a cure that would be effective for all occurrences of cancer.

Ondriga also noted that the B17 vitamin is not a vitamin and should really be called laetril. It is a semi-synthetic derivative of amygdaline, a substance that is present in the pits of apricots, peaches, or almonds.

"It is a marketing tool that we unfortunately encounter very often at present," said Ľuboš Drgoňa from the Oncohematology Clinic of the medicine school at Comenius University. He considers the claim that cancer is a lack of vitamin B17 to be absurd.

No clinical studies have ever proved the positive effect of amygdaline or laetril on cancer patients. On the contrary, amygdaline proved to have side-effects: the symptoms of cyanide poisoning.

The Lidl retail chain recently faced unfounded allegations by an unknown man that the amount of nitrates in the foodstuffs the store sells is too high. Other retail chains have faced similar hoaxes in the past as well.

In May 2015, a video was circulating among Slovak Internet users in which a man claimed that the scales for fruits and vegetables in Kaufland are set to weigh more than they are supposed to.

In February this year, Lidl and Tesco faced a problem when an unknown Facebook page offered 100-euro vouchers for shopping in their stores. The vouchers looked very trustworthy, and to obtain them, internet users were asked to fill out a questionnaire. Both brands distanced themselves from the website, which most likely was attempting to lure sensitive data from people or spread viruses.